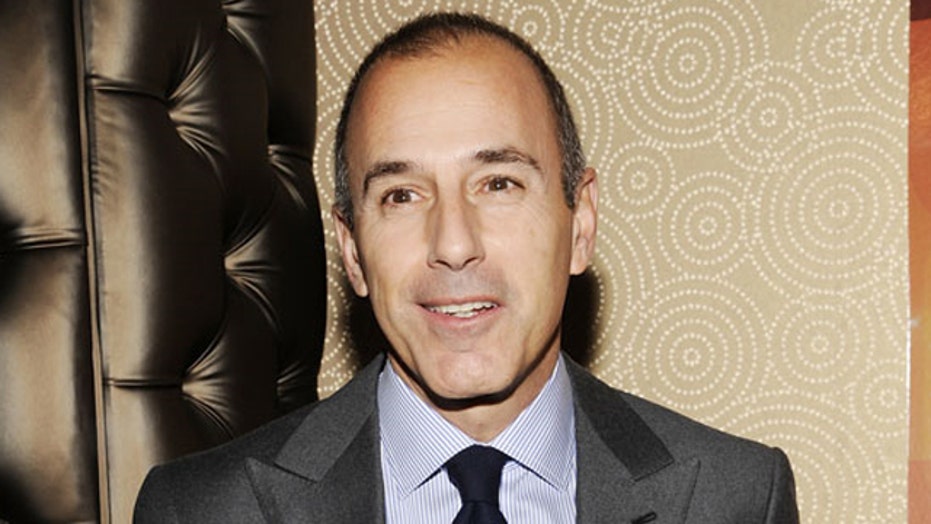 Matt Lauer, Savannah Guthrie and Al Roker recently found themselves in a situation that might seem unusual: sharing cocktails and banter with a group of their fiercest competitors.

Worlds that normally stay very separate last week collided. The “Today” trio mingled in the same room with “Good Morning America” anchors Robin Roberts and Lara Spencer, all part of a small gathering in Manhattan held to celebrate a new book on managing work and family written by Roker and his spouse, ABC News correspondent Deborah Roberts. James Goldston, the president of ABC News, and Deborah Turness, the president of NBC News, flanked Roker and Roberts and made happy toasts. Even Norah O’Donnell, one of the co-hosts of “CBS This Morning,” arrived on the scene. If executives from Apple and Microsoft were ever to put aside the business of outmaneuvering each other and decide instead to hang out, the setting might look very similar.

This week, the gloves are off again.

The staff behind NBC’s “Today” has performed logistical somersaults to broadcast the program live from Los Angeles Monday in the wake of the Golden Globes, and Tuesday from inside the White House on the morning of President Obama’s last State of the Union speech. Jenna Hager Bush, an NBC News correspondent who was once a member of a First Family, opened the front door of the White House in the program’s opening minutes as Lauer, Guthrie, Roker, Natalie Morales and Carson Daly ushered viewers from the manse’s front steps directly inside. Producers soon cut to scenes from a taped interview between Lauer and the nation’s Commander-in-Chief.

“It’s what we try to do every day,” said Lauer, holding forth from a Washington, D.C., hotel minutes after wrapping Tuesday’s broadcast. “You’ve got the behind-the-scenes of a tour of the White House on a very important day for the administration and the viewers get to see things that they’ve never seen before.” More often than not, the buzzy shoots feed into the 9 a.m. hour of “Today,” when Willie Geist and Tamron Hall are joined by Morales and Roker.

Lauer, Guthrie and their cohorts declined to say much about competitors, but the mere fact that they are touting “Today” in public is the clearest sign in months that NBC and producers are feeling more optimistic about the morning-show’s prospects. ABC’s “Good Morning America” remains the nation’s most-watched morning program – a position it swiped from “Today” in 2012 amid viewer backlash over the ouster of then-host Ann Curry – but “Today” has beat “GMA” steadily among people between 25 and 54, the audience most desired by advertisers.

“Today” producers and anchors have kept relatively mum on the show’s progress since the summer of 2014, when they told Variety the show, at the time well behind “GMA,” had reworked itself and was gearing up for new battle.

Now they are confirming what has largely been apparent to regular viewers. “Today” wants to stand out by owning big news events and will test bold ideas to do so. In recent weeks, “Today” has held “town halls” over the course of an hour with Presidential candidates Donald Trump and Hillary Rodham Clinton. Lauer has snared exclusive interviews with Charlie Sheen, who revealed he was HIV-positive, and Joyce Mitchell, the prison seamstress who helped two inmates escape a correctional facility in upstate New York, resulting in the launch of an intense manhunt. In coming weeks, “Today” will head to Iowa to cover the looming caucus there.

“Our ratings have given us a little more confidence to try things that we might not have tried a few months ago,” like the town halls, said Don Nash, the show’s executive producer. “We can tell they are paying off, and it’s great to have that confidence back.” The show won more viewers between 25 and 54 for the fourth quarter than “GMA,” the first time it has done so since the third quarter of 2012. The on-air staff has gelled more definitively, said Roker. “There is a consistent feeling of ‘We just did a great job, and how are we going to make this better?’” he said. “That’s really something that has built on in the last year.”

Producers and anchors say they aren’t trying to nab the number-one ranking from “GMA.” They just want to put together a good program. “We are always looking to be better and to do better, no matter where we are in the morning wars,”said Morales.

Rivals aren’t backing away. At ABC, “Good Morning America” just sent news anchor Amy Robach to Iceland on a complicated shoot that gave viewers a hard-to-match look inside an ice sinkhole to help illustrate the perils of climate change. Sam Champion, the popular weather anchor who left “GMA” at the end of 2013, has returned to the program this week to fill in for meteorologist Ginger Zee. The show just launched a new streaming-video sneak peek that takes viewers behind the scenes before the 7 a.m. TV broadcast starts. At CBS, “CBS This Morning” continues to hit on hard news and has seen its ratings increase significantly in the past year. On Tuesday, the program offered unaired footage of David Bowie being interviewed by “60 Minutes.”

“Today” hasn’t remained as is in recent months. There has been new emphasis placed on scoring agenda-setting interviews for the show’s first hour. The ”Orange Room,” a center where Carson Daly sifts through trendlets in social media, has moved out of the program’s first 30 minutes and been given more time after 8 a.m. And there have been cosmetic changes, too.  Some of the orange hues that colored the set have been banished in favor of a brighter tones. When “Today” opens on most mornings, it is with the duo of Lauer and Guthrie, rather than the entire ensemble, which had become the standard opening in recent years – a conceit widely seen as an effort to emulate the look of “GMA.” Now, “Today” can get right down to business.

“We are far from claiming victory,” said Noah Oppenheim, the NBC News senior vice president in charge of the program. “We are just putting on the best show we can and hoping to give the audience an informative and interesting program.”

Maintaining the current status – or building on it – will require a lot of work, much of it behind the scenes. For Tuesday’s White House program, “Today” required 13 cameras and a
technical and production crew of almost 80 people. Securing access took months, said Guthrie, who worked contacts from her days covering the White House to help make the broadcast happen. Originally, the show had not planned on being at 1600 Pennsylvania Avenue on the morning of the State of the Union, she said, but she’s glad it worked out that way. “It added real urgency and momentousness to the day,” she added. Carson Daly had his hands full fielding questions from viewers sent via social media.

“Today” had wanted to try to broadcast the 9 a.m. hour from there as well, said Nash, but officials nixed the idea. Even so, Roker and Guthrie got to do stand-ups from the executive mansion for 15 minutes.

More is in store, the anchors vowed, particularly with parent company NBCUniversal’s coverage of the Rio Olympics coming later this year. “That’s going to be huge for us,” said Morales, along with reporting on the ongoing campaign for U.S. President.

Other stunts are in the works, too. After sending Al Roker through punishing events known as “Rokerthon” and “Rokerthon 2” that have him broadcast for hours on end or travel the country in the space of just a few days, producers are already contemplating “Rokerthon 3,” the weather anchor said. He has only one caveat: No space travel. Does moving the show to the ultimate heights require an out-of-orbit blast? That remains to be seen. 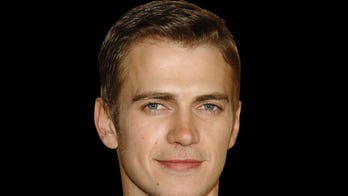