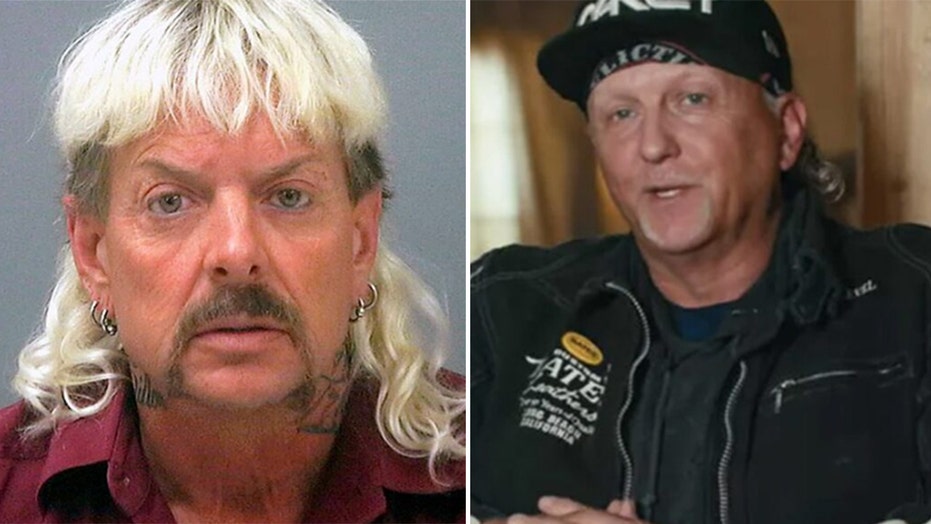 EXCLUSIVE: "Tiger King" star Jeff Lowe is weighing in on Joe Exotic's request to be pardoned by President Trump.

In an exclusive interview with Fox News, Lowe said the former big cat owner has no chance of getting out of jail.

"He is not going to get pardoned. Donald Trump is not gonna pardon this guy," Lowe said.

Last month, Joe Exotic's (real name Joseph Maldonado-Passage) legal team turned heads in Washington D.C. as they drove around in a tour bus with a sign that reads: "President Trump Please Pardon Joe Exotic." The wrap on the bus also displayed the eccentric Netflix star's "Team Tiger" moniker as well as his face plastered on its side.

Maldonado-Passage, 57, was handed a 22-year prison sentence for his involvement in a murder-for-hire plot against his chief rival, Carole Baskin.

"Joe has that diva personality. Most narcissists do. So of course he's gonna go and take it to where the buck stops, and that's at the White House," Lowe said.

Donald Trump Jr. said in a SiriusXM interview last month that the idea of his father granting Joe a pardon would be "pretty amazing" given all the hype over the Netflix series.

But Lowe revealed it would be the only thing left that would shock him.

"Nothing that Donald Trump does surprises me anymore but if he were to pardon Joe Exotic that would be the icing on the cake. It would show that the president has really lost his marbles," Lowe said with a chuckle.

Lowe assumed control of the Greater Wynnewood Exotic Animal Park in Oklahoma following Maldonado-Passage's unruly stint at the facility. Maldonado-Passage was accused of outlandish behavior at the zoo from former co-workers, such as laundering the property's cash for personal use, engaging in sexual intercourse with the animals, and using the facility for breeding purposes only.

Despite whatever defenses Maldonado-Passage may be attempting to use behind bars to access freedom, Lowe said he deserves to be there.

"Even though he knows damn well that he was planning to kill Carole, he still wants to say that he was framed," Lowe said.

Lowe still runs Maldonado-Passage's former Greater Wynnewood Exotic Animal Park -- but not for long. Due to a legal issue between Maldonado-Passage and Baskin, a judge recently granted her control of the property.

It's a blessing in disguise for Lowe, who told Fox News he saw it coming all along. He and his hundreds of big cats and other exotic animals are heading to a new zoo in Thackerville, Okla.