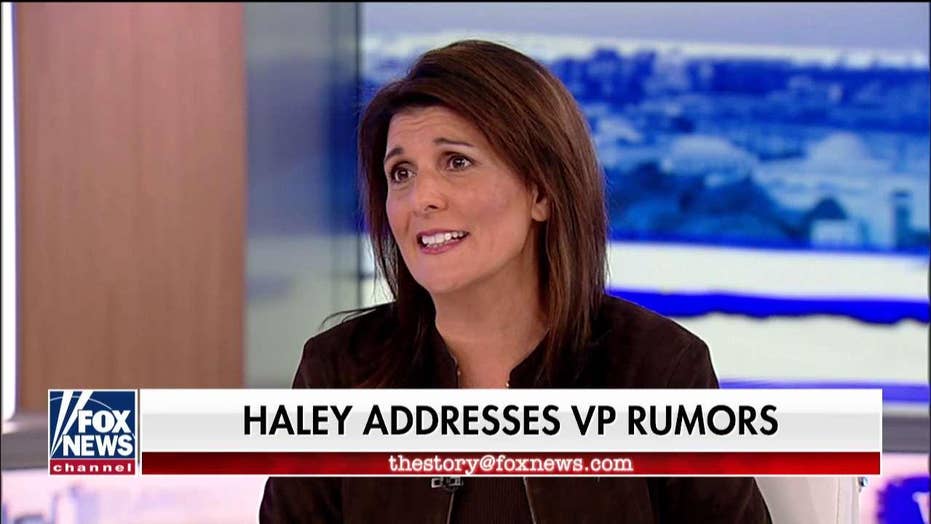 "The View" co-hosts had some strong words for former U.N. Ambassador Nikki Haley on Thursday after she defended comments she made about the Confederate flag.

Haley had told TheBlaze that gunman Dylann Roof "hijacked" the Confederate flag when he shot up a black church in her state in 2015. After a wave of media backlash, Haley indicated in an op-ed that she opposed the flag as a symbol of hatred, but maintained that politicians should show respect to southerners who see it differently. She pointed to how she called for the flag's removal from the state's capitol.

"Today’s outrage culture insists that everyone who holds a view that’s different from our own is not just mistaken," Haley wrote. "They must be evil and shunned. That’s wrong. I know too many good people in South Carolina who think differently about the flag but who are not the least bit racist."

That op-ed completely "disqualifies her" from running for elected office, according to View co-host Sunny Hostin.

"She's talking out of two sides of her mouth," co-host Joy Behar said. Hostin had a much more fiery response, arguing that Haley's comments diminished her community's oppression.

Hostin referenced how Haley's op-ed had criticized outrage culture for ruining discourse on the issue.

"She's saying now that it's because of outrage culture that you could never now remove the flag from the South Carolina capitol -- and I think what's interesting is she's now trying to diminish the very oppression of my community, of my ancestors, by calling it outrage," Hostin said.

"Well, I am outraged by that position," Hostin added. She went on to claim that South Carolina was the first state to "commit treason" when it declared its reasons for secession.

"Slavery was mentioned 18 times in that declaration -- 18 times," she said. "And so for her to somehow say that people think that the Confederate flag is about service and it's about heritage -- it is about slavery! It is about the oppression of black people, nothing more. And she knows that!"

Co-host Meghan McCain predicted that Haley's statements will "haunt her" during her career. Both she and Behar suggested that Haley was betraying her conscience in order to shore up support for a future presidential run.

"When I originally saw her interview, I thought, 'oh, she's clearly running for president in four years.' It's very evident that she thinks that Trump is the wave of the future and in order to do it, I'm going to need his supporters," she said.

Behar argued that Haley had to show Trump she was as "narrow-minded and as bigoted as he is."