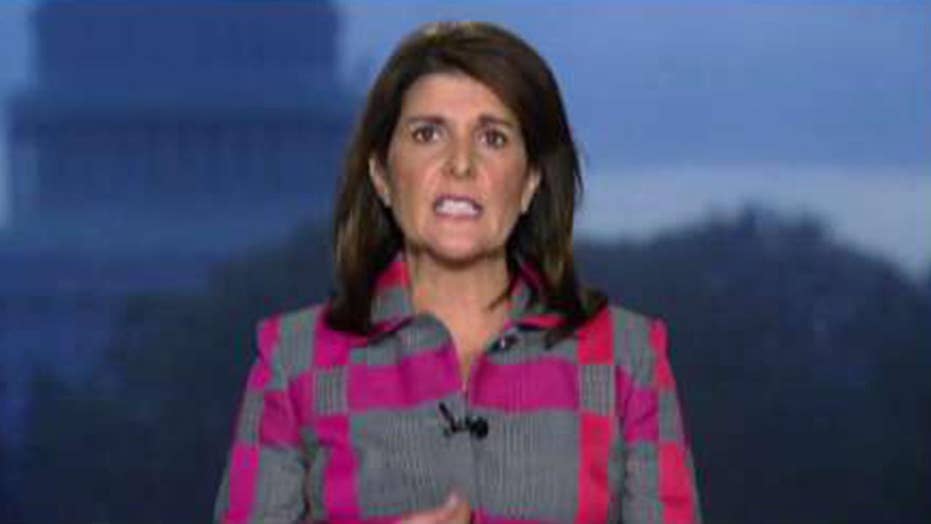 Nikki Haley on California school shooting: You can't legislate a hateful heart, but you can look at culture

Former Ambassador to the United Nations Nikki Haley, author of 'With All Due Respect,' joins Harris Faulkner on 'Outnumbered Overtime' to discuss the shooting at Saugus High School in Santa Clarita.

Several members of the media slammed former U.N. Ambassador Nikki Haley over remarks she made during a recent interview about the Confederate flag.

In a clip that went viral, Haley recalled the dark chapter as the South Carolina governor in the aftermath of the 2015 Charleston church shooting and how the tragedy sparked numerous debates, including the Confederate flag, which she had removed from the state's capitol building.

"South Carolina fell to our knees when this happened. This is one of the oldest African-American churches. These twelve people were amazing people. They loved their church. They loved their family. They loved their community," Haley said. "And here is this guy who comes out with his manifesto holding the Confederate flag and just hijacked everything that people thought of."

"We don't have hateful people in South Carolina. There's always the small minority that's always going to be there. But people saw it as service and sacrifice and heritage. But once he did that, there was no way to overcome it," she went on.

Haley also described how "the national media" attempted to "define what happened" by making the tragedy about things like racism, gun control and the death penalty, and how she had to push them away to allow her state to grieve.

"We had a really tough few weeks of debate, but we didn't have riots. We had vigils," Haley said. "We didn't have protests. We had hugs. And the people of South Carolina stepped up and showed the world what it looks like to show grace and strength in the eyes of tragedy." 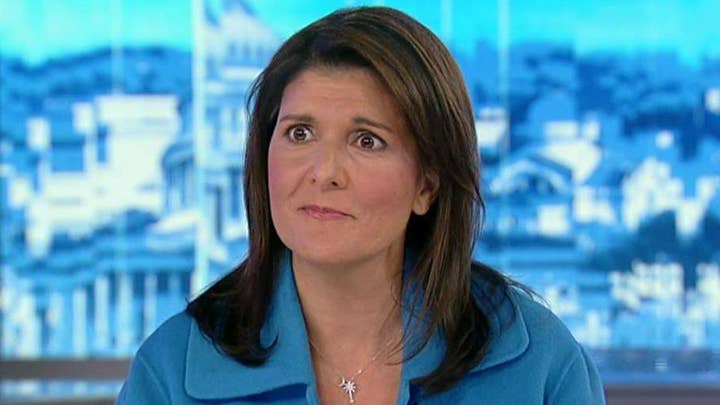 However, the tweet accompanying her remarks said, "Nikki Haley says the Confederate flag was about 'service, and sacrifice, and heritage' until Dylan Roof 'hijacked' it," omitting how she said "people" in South Carolina felt that way about the Confederate flag, not herself.

Regardless, the tweet sparked heavy backlash to Haley from media critics.

"Nikki Haley going full MAGA and racist leading up to 2024," New York Times contributing op-ed writer Wajahat Ali said. "Told ya. This is the only way for a candidate to be appreciated by the Republican Party now. No country for moderates, adults or Never Trumpers. Also the Confederate flag was for treasonous criminals who enslaved people."

"This is a deeply insensitive and ignorant thing to say Nikki. There is no room for any defense of the Confederate flag," McCain wrote in the now-deleted tweet.

Others rushed to Haley's defense as the clip continued to spread on social media, calling the tweet "misleading" and pointing out how she wasn't speaking on behalf of herself.

Haley later responded to the controversy.

"2015 was a painful time for our state. The pain was and is still real. Below was my call for the removal of the Confederate flag & I stand by it. I continue to be proud of the people of SC and how we turned the hate of a killer into the love for each other," Haley said.

Among the outlets that ran with the story, Axios deleted a tweet with the misinterpreted quote and updated its report.

The Hill was also slammed for a similar tweet, which critics called "wrong" and "a lie."