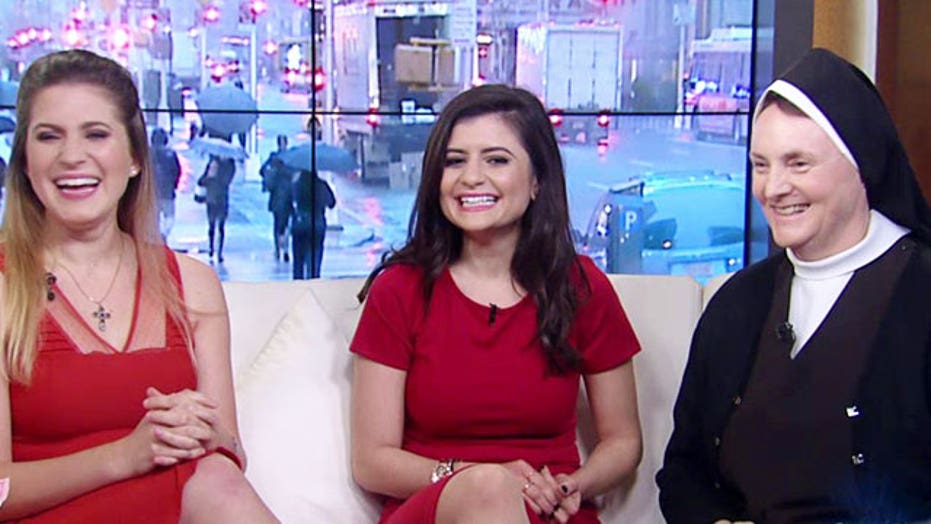 “[It] was a concern of mine,” Young told FOX411. “My faith and reality [TV]? Ah! But you know, everything was very professional and respectful.”

The 28 year old, who plays in a country music band for fun, let Lifetime cameras get close during her discernment process, during which she went to visit convents to see if life as a nun was the right fit for her.

She said she decided to explore life as nun because she had been going back and forth about the idea for a long time.

“It is something that has been on and off in my life for the past nine years since I started college. ‘What if I am called to be a sister?’ But I just didn’t know what that would be like.”

As the cameras rolled, Young and four other girls traveled to various convents and met with nuns, learning more about their lifestyle.

“I was a little bit surprised to find out that they were going to be filming in the convents and the nuns are OK with that. We kind of think of nuns to be very private and very quiet, though they are not that way… we think of them that way.”

For the first time ever, cameras got a glimpse inside three convents that had never previously been filmed. Getting the cameras inside was achieved through a mutual respect and trust, explained Mary Donahue, senior vice president at Lifetime.

“We worked very hard to establish a relationship of trust with various convents, and they did allow us to bring cameras in and explore the discernment process,” Donahue said. “[The nuns] absolutely were OK with being filmed. They did ensure there were periods in each day when there weren’t cameras so the girls had time for prayers and self-reflections.”

Donahue stressed that the six weeks that Lifetime cameras captured only show “the first baby steps” in the much longer process of becoming a nun.

“I hope that [viewers] walk away understanding what an intense and profound journey [becoming a nun is]. It’s a brave thing to take that step…. I hope that they have a further understanding of what it means to be committed in that way as a sister, and I hope they have a profound respect for the work these women do.”

She added that the show will provide viewers with an up-close look at the nuns themselves.

“I am so pleased with how the sisters come across because you see their humanity and their humor and the heroism in the work they do,” Donahue said.

Young said her journey will be portrayed fairly, and she insisted that while the cameras followed her around, they didn’t affect her discernment process much.

“The cameras were there. I don’t think that it really impacted anything in terms of our discernment we had lots of time to talk to the sisters and be in prayer… and the cameras can’t help but show that.”

“The Sisterhood” premieres Nov. 25 on Lifetime.