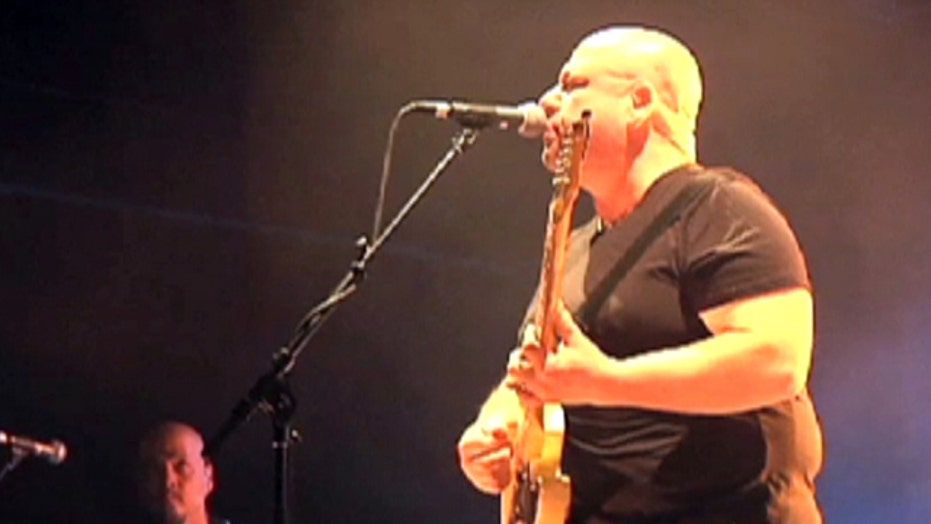 Matt Finn talks with the Pixies about touring without Kim Deal

LAS VEGAS – The Pixies are back in action. But this time, and for the first time, the legendary indie band is touring without founding bassist Kim Deal, who left the group in 2013.

FOX411 got a chance to talk with lead singer Black Francis, guitarist Joey Santiago, and drummer David Lovering before their performance at the Hard Rock Hotel and Casino in Las Vegas.

Francis said Deal's departure -- she has been replaced on bass for the tour with Paz Lenchantin -- was no biggie.

"It's not a sore subject at all. It is what is it and there really isn't any problem," Francis said. "I mean, at least for the ticket holders that are coming to our shows or buying our new stuff, it isn't a problem for them, so that's where we're at."

Santiago said there were no hard feelings, and that the the group seemed a bit closer now.

"You know, if you whittle down the numbers, it's going to get tighter and tighter," Santiago said. "But I would say we're still the same."

Lovering was just happy to be back out on the road.

"It's always an adventure. It's fun," he said, allowing that "there are days it catches up (with you)."

"We're with each other also for two months on the road in a bus and stuff so it's nice to have your alone time as I'm sure everyone does," he said. "But ... it's all good and we have fun. Tonight after the show I'm going to be back gambling again."

Hopefully the band members won't repeat some of their past antics in Sin City.

"I went to a bachelor party here and we all got kicked out of the Rehab pool for reasons unknown," said Santiago.

"I did go see Redd Foxx under the influence of LSD."

Lovering related a story in which he narrowly escaped being arrested.

"I'm a magician by another trade and years ago I was at the Rio and I had built something with rubber bands under my arms, two rubber bands with two dice under them and I was really drunk and I was doing it for my friends," Lovering said. "When I threw it, nothing came out, and all I remember is this, and getting thrown out of Rio."