Cesar Viveros' mural, commissioned by the Archdiocese of Philadelphia, consists of three walls measuring 40 feet wide by 35 feet high and covered by 150 iridescent stained-cloth and mosaic panels. There will be 12 different figures, represent different kinds of families – from an African-American single father to a young couple with a baby to an abuelita hugging her grandson.

A reporter was doing a live shot outside Philadelphia City Hall on Wednesday when a woman walked up, tried to interrupt her report, then attacked the journalist on camera.

Iris Delgado, a reporter for Spanish-language Telemundo’s Philadelphia affiliate, was finishing a report on a municipal soda tax bill when a woman that the Philadelphia Inquirer identified as Waheedah Wilson walked up and tried to get her attention.

Delgado continued with the conclusion to her report, looking straight into the camera, and began to sign off when Wilson struck her in the back of the head and punched her in the face.

In at the studio, anchor Ramon Zayas said, "Oh, my Lord," and said he hoped Delgado was all right.

Delgado’s crew pushed Wilson away from the reporter and followed her until police caught up and arrested her, the Inquirer reported.

Police charged Wilson, who is described as having a criminal history, with assault and recklessly endangering another person, the newspaper said.

Delgado told reporters her head hurt after the assault.

Telemundo62 spokesman said: “Iris Delgado was the victim of an unprovoked attack by an individual while reporting live for Telemundo62’s 11 PM local newscast. Thankfully, she is ok and is understandably taking some time off to recover. We look forward to her return.” 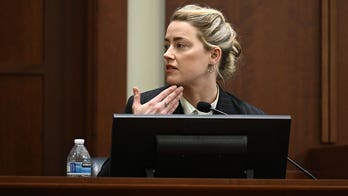 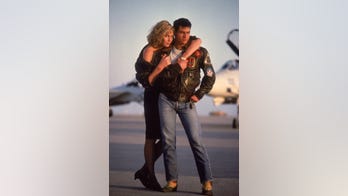