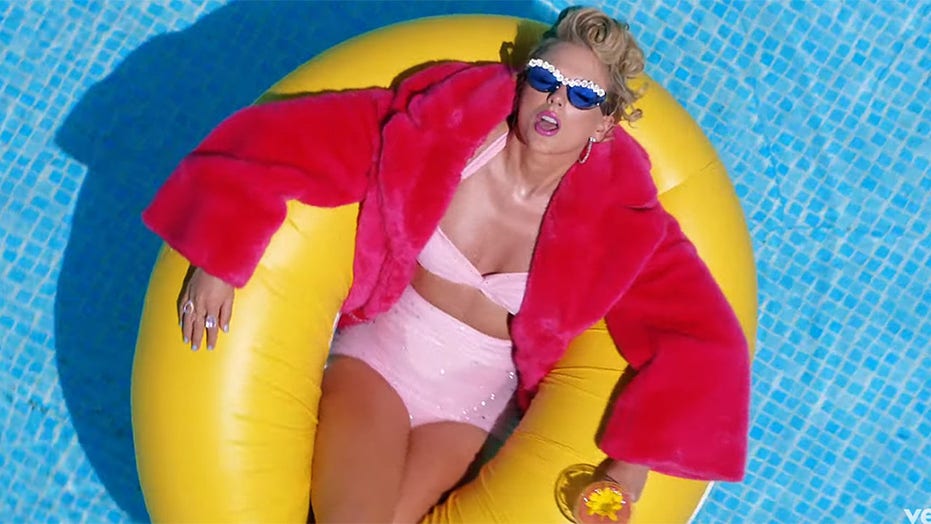 Ellen DeGeneres, the "Fab Five," and an Olympian — oh my!

The celebrities were just a few of the many stars included in Taylor Swift's music video for her single "You Need to Calm Down," which premiered Monday morning during Pride Month.

Swift, 29, tweeted before the video's release that she "asked a few friends" to be in the video for the song, which celebrates the LGBTQ community, and namedrops the Gay & Lesbian Alliance Against Defamation, or GLAAD.

The video, which includes lyrics such as, "And control your urges to scream about all the people you hate/'Cause shade never made anybody less gay," and "Why be mad when you can be GLAAD?" concludes with Swift and Katy Perry cozying up.

Dressed in a french fry and hamburger costume, respectively, the two hug as a food fight ensues around them. Swift previously shot down rumors that she and Perry kissed in the video.

"That is ABSOLUTELY false. To be an ally is to understand the difference between advocating and baiting. Anyone trying to twist this positivity into something it isn't needs to calm down. It costs zero dollars to not step on our gowns," she said in response to a fan who said a kiss between the pair was "genuinely a really bad idea."

Perry and Swift put an end to their feud in May 2018 when Perry sent Swift a literal olive branch. Before that point, Perry accused Swift of trying to "assassinate [her] character" and responded to Swift's "Bad Blood" with a diss track of her own, "Swish Swish."

"You Need to Calm Down" is the second single from "Lover," to be released on Aug. 23. The song is the follow-up to "ME!," which featured Brendon Urie of Panic! at the Disco and peaked at No. 2 on the Billboard Hot 100 chart.

Fox News' Jessica Sager and The Associated Press contributed to this report.