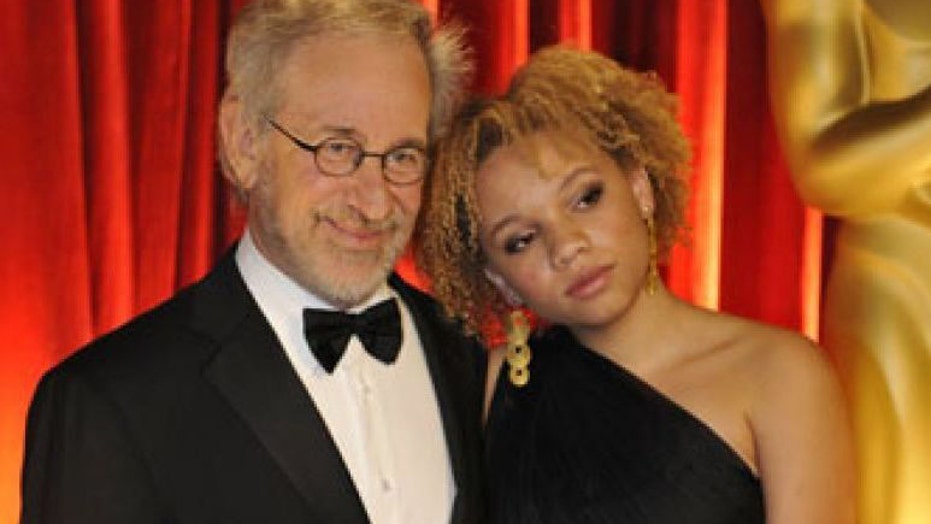 Mikaela Spielberg, the daughter of esteemed film director Steven Spielberg, said she is “heartbroken” and feels “betrayed” after getting arrested for domestic violence and maintains she was the one in need of assistance, according to a report.

The 23-year-old was released on a $1,000 bond after spending 12 hours in custody in Nashville, Tenn., on Saturday following an alleged altercation with her fiancé, 47-year-old professional darts thrower Chuck Pankow, court records obtained by FOX 17 revealed.

Spielberg was hit with a charge for misdemeanor domestic violence and handed a court date for Monday, March 9. However, the newly minted adult actress told The Sun that her arrest was nothing more than a miscommunication with officers on the scene and that she shouldn’t have been arrested in the first place.

“I am personally very heartbroken and I feel betrayed because I called for medical assistance,” she told the outlet in a statement. Per The Sun, Mikaela added that she believes officers were just following procedure.

Pankow told Fox News at the time of Spielberg’s arrest that it was just that: a “misunderstanding.”

Though he didn’t delve into details, he doubled down, adding, "No one is hurt.”

He echoed the sentiment to The Sun, adding, “We are both fine. … She’s home now.”

According to an affidavit obtained by FOX 17 in Nashville, the alleged incident happened at 4 a.m. after the couple returned home from a night on the town when Spielberg allegedly began hurling objects at Penkow after he made a “rude comment.” He allegedly sustained cuts to his hand and a swollen wrist.

Director Steven Spielberg and daughter Mikaela arrive on the red carpet at the Los Angeles premiere of "Whip It" at the Grauman's Chinese Theatre on September 29, 2009, in Hollywood, Calif. (Photo by Lester Cohen/WireImage)

The arrest report maintained that Spielberg was determined to be the aggressor after she allegedly gave conflicting accounts of what went down and despite Penkow’s desire not to press charges against Spielberg, she was still taken into custody by police.

She stood by her innocence in comments to The Sun and vowed to clear her name.

Mikaela made recent news headlines when she announced a couple of weeks ago that she has self-produced adult entertainment videos and described herself as a “sexual creature" in a tell-all interview with The Sun.

She also claimed to have already filed an application to become a sex worker in Tennessee.

The adopted daughter of Spielberg and actress Kate Capshaw said as she begins her career in adult entertainment, she would refrain from performing with another person out of respect for Penkow.

“It would be a violation of my boundaries and my relationship with my significant other,” she previously told The Sun.