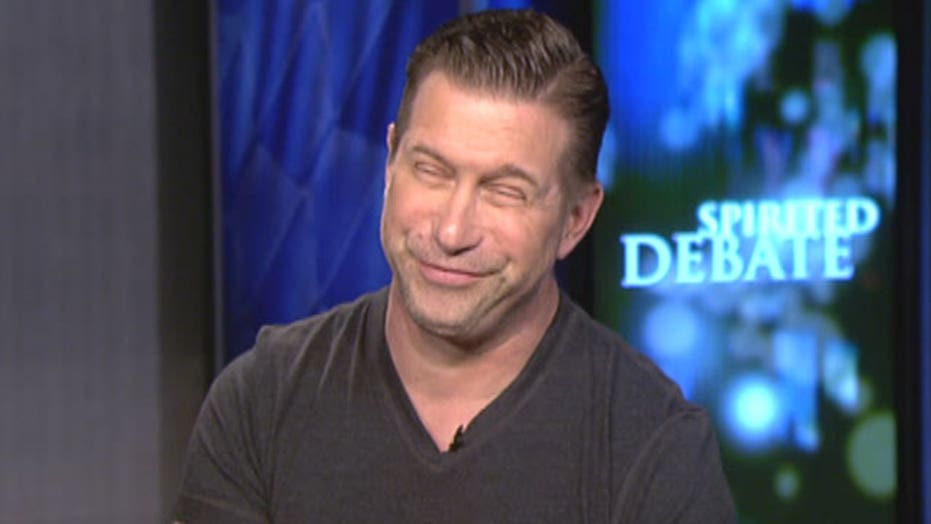 Actor Stephen Baldwin speaks out about his faith

After a ten-year hiatus from the film industry, actor Stephen Baldwin is back in a new faith-based film -- a perfect fit for the born-again Christian.

The film, “I’m in Love with a Church Girl,” is based on the true story of drug trafficker-turned pastor Galley Molina, who wrote and directed the film.

“This ain’t your grandma’s Christian movie,” said Baldwin. “This is a relevant, in your face, hard core piece of entertainment that was made at a level and a quality of excellence that can compete with anything that I’ve been a part of in Hollywood thus far, so I’m very proud of it.”

Baldwin speculates his outspokenness about his Christian faith could be to blame for his prolonged absence.

“I ran into an old friend of mine -- very high-profile casting director -- a couple years ago who said to me, ‘Look, I just want to say I’m sorry because I’ve brought your name up in the room a couple times and they were like ‘ you’ve got to be kidding,’” Baldwin told Fox News’ Lauren Green on Spirited Debate.

“I just think that probably when somebody calls themselves born again and kind of goes out there in a pretty radically zealous way, professes their glee about that, it can creep people out,” said Baldwin. “I have no regret about that, but I have chilled out a lot more because I’m a little more seasoned as a Christian believer.”

As Hollywood sees the success of faith-based programming like Mark Burnett’s hit TV series, “The Bible,” Baldwin says his talents, and faith, could be more in demand.

“There’s a tipping point that just occurred because of Mark Burnett where now mainstream Hollywood is really gonna start to open the floodgates and create a whole bunch more Christian content,” said Baldwin. “The blessing for me in disguise is now after ten years with all this new content that will be in demand, I happen to be getting lots of phone calls now. It’s very interesting how that all might work out.”

And while the chances of him and going on his brother Alec's new talk show to talk politics are slim, he says they're still very close.

"Cain and Abel? … I don’t think there’s any way to kind of disengage the DNA of the love of brothers," he said. "Yes we disagree, but we just choose not to go there in certain conversations. It’s far more important to understand the necessity of the bond of family."