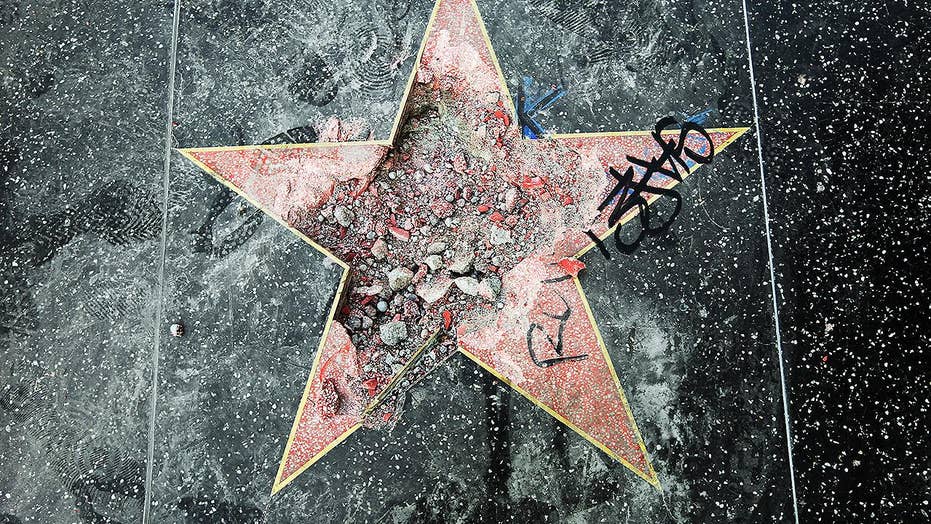 Raymond Arroyo breaks down a Hollywood edition of 'Seen and Unseen' for ' The Ingraham Angle.'

After Donald Trump’s star on the Hollywood Walk of Fame was destroyed Wednesday, actor and noted anti-Trump advocate, Mark Hamill, is making sure people know he’s got an alibi for the crime.

The “Star Wars” star took to Twitter to share images of himself with a puppy calling it his “iron-clad alibi” by revealing to followers that he was puppy-sitting and that the pooches, Millie and Mabel, can vouch for that.

However, the star didn’t just post the dog images, he also shared a previous photo of himself with a jackhammer on the Hollywood Walk of Fame destroying late-night host Jimmy Kimmel’s star. He later acknowledged that the photos were not real and were merely for a sketch on Kimmel’s ABC show.

As previously reported, a vandal pulverised Trump’s star with a pickaxe. The real culprit, who has not yet been identified, was taken into custody. This is not the first time the president’s star, which he received for his work on “The Apprentice," was vandalized; the star was defaced two times in 2016.

This is also not Hamill’s first time lambasting the president this week. The 66-year-old star briefly took credit for a cosplayer at the 2018 San Diego Comic Con who donned an orange Storm Trooper costume with a Trump-style haircut brandishing an orange lightsaber golf club hybrid. However, Hamill has since admitted that the person responsible for the costume was California resident James Cherry.