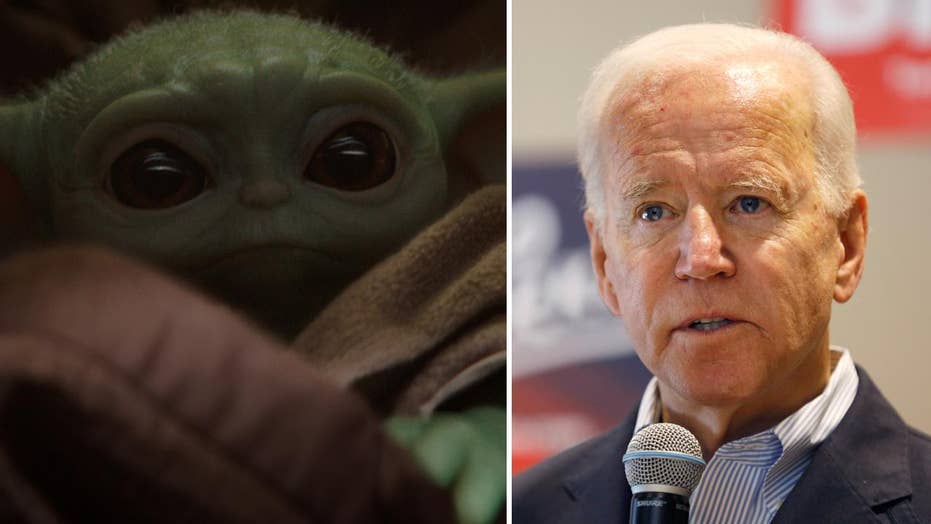 According to a recent study conducted by NewsWhip, 'Baby Yoda,' the character from the Disney+ Star Wars series 'The Mandalorian,' is garnering almost twice the social media interactions as any 2020 Democratic presidential candidate. Social media expert and CEO of Napoleon Media, Franky Arriola, weighs in on whether the Democrats should be worried and if this trend will last much past the holiday season.

"Star Wars" actress Daisy Ridley boldly claimed during a recent interview that "every sane person" has an issue with President Trump.

In a profile published in The Guardian over the weekend, Ridley was asked if she was "conscious" about what issues she could address since "Star Wars" has been a Disney property.

She added, "It’s not that I don’t talk about this stuff, but other people are so much more articulate than me and say it better.

Ridley has played Rey in the recent "Star Wars" installments. The latest, "Star Wars: The Rise of Skywalker" is scheduled to be released Dec. 20.

The 27-year-old British actress has also appeared in the 2017 remake of "Murder on the Orient Express" and voiced Cottontail in 2018's "Peter Rabbit."

"Star Wars: The Rise of Skywalker" is being billed as an epic conclusion to the franchise and may shatter records at the box office this holiday season.