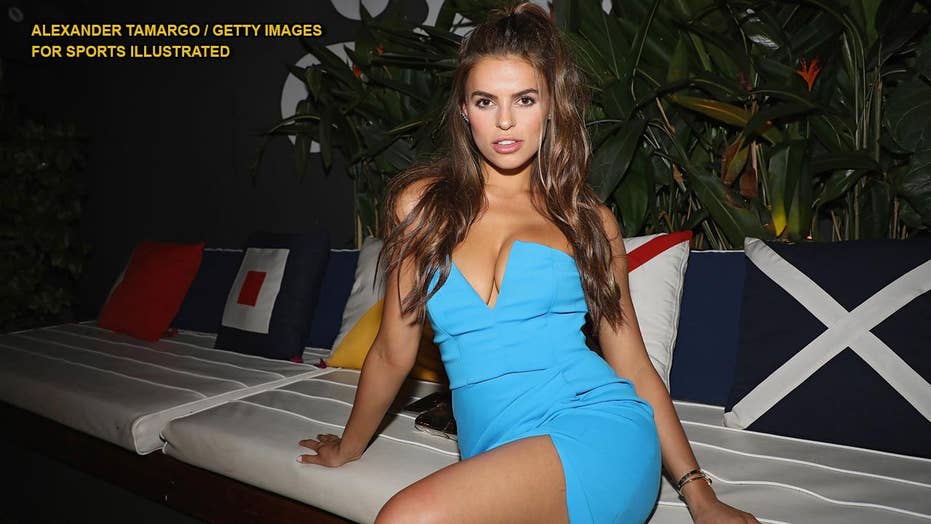 Sports Illustrated model Brooks Nader is feeding off the haterade.

The 23-year-old Louisiana native was labeled a "slut" on social media this week in response to a see-through mini dress she wore to the Sportsperson of the Year awards on Monday.

The shimmery one-piece garnered hundreds of compliments from her 330,000 followers on Instagram. But days following the event, Nader found herself being attacked by commenters — some even claiming she was "asking to be raped" with her choice of outfit.

Model Brooks Nader, 23, caught steam on social media for walking the red carpet in a see-through, sparkly mini dress. She responded to the criticism saying she feeds off of it. (Bennett Raglin/Getty Images)

"She probably has used her body to get ahead ... I call it as I see it, popular or not," one user wrote underneath the rising model's photo.

Another Instagram user asked: "Why do women like you wear see thru clothes, then get mad when men treat them like sluts? I guess you don't."

Nader responded to some of the criticism, telling one user, "I love the hate queen."

"Whatever makes you feel better about yourself," Nader continued.

The model added that the dress made her feel "sexy" and found it "empowering."

Nader's modeling career took off when she won the Sports Illustrated Swimsuit 2019 Model Search this year. The magazine revealed that she would appear in the 2020 issue as its handpicked "rookie."

But her rise to stardom wasn't an overnight success. In May, Nader said landing a magazine photo shoot for a publication like Sports Illustrated was "a childhood dream."

"I entered through Model Search, so I did the open call in Miami a year ago and now I'm here," she said on a red carpet at the time. "So, the process and the journey for me is everything, because it was a long one."

Her modeling career has taken Nader to tropical destinations like Bali, where she was photographed for her rookie shoot.

"I am here," she told the camera in a behind-the-scenes Instagram video. "I can't believe I am saying that!"