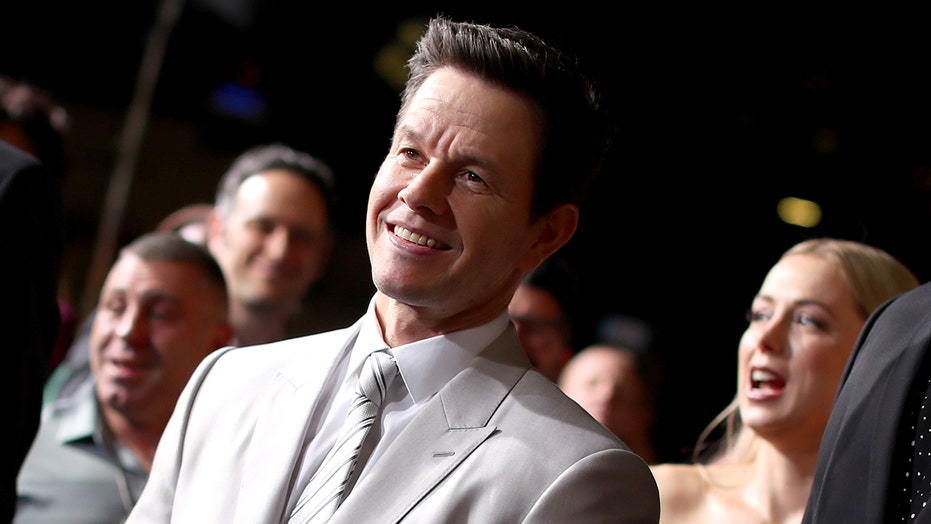 'Spenser Confidential' star Mark Wahlberg dishes on his foray into Netflix, how he keeps winning in Hollywood.

LOS ANGELES – Mark Wahlberg exudes the aura of immense humbleness, and he often feels as though he’s still making a name for himself in Hollywood.

The Tinseltown staple is a shoo-in for top-billed projects, but that doesn’t stop his approach of not only welcoming new and different challenges but making sure he delivers on each and every project he works on.

“I'm constantly feeling like I'm still trying to make it in this business, man. I'm working hard every day to prove that I can – I'm the guy,” he told Fox News on Saturday during the Los Angeles press day for his latest film, “Spenser Confidential."

"But I also just love and identify and relate to these characters," Wahlberg, 48, added.

In the upcoming Netflix movie, Wahlberg stars as Spenser, a former cop, who tries to take down a criminal enterprise with the help of his merciless roommate, Hawk, played by "Black Panther" and "Us" star Winston Duke, 33. The movie also stars comedian Iliza Shlesinger, 37.

“It's like when I look at a script; do I really think it's a great piece of material and do audiences want to see me in that,” Wahlberg said. “And, you know, this one was just fun because it's like he's a reluctant hero. He's gonna do whatever it takes to help the people that really need the help. But, you know, he's getting his a-- beat most of the time. But people can enjoy him and relate to him.”

“Spenser" marks Wahlberg’s foray into acting in a project for Netflix.

In comparing the traditional studio model with Netflix’s approach to film production, the “Departed” performer said he appreciated the way they allowed him and director Peter Berg the creative freedom to make the movie they wanted to make.

“Well, you're making a movie that most studios probably wouldn't make in this day and age. They're either kind of going for the tent poles [films] or doing really kind of low-budget movies,” Wahlberg explained. “This is one of those kind of in-between movies, super savvy, great film executives there. They'll help you when they need it, but they leave you alone and audiences can discover it when they want at their own pace.”

"I work harder than everybody else and I'm just dedicated and committed."

“You know, a movie comes out in a theater if it doesn't open right away, it's gotten pulled out and for the next movie,” Wahlberg lamented of the current distribution structure. “And this is a movie that people and in this day and age – people are deciding when and where and how they want to view their content. So, I mean, we got to make the movie that we want and we're thrilled.”

The “Italian Job” actor, whose titles have generated more than $3 billion at the box office in the U.S. and Canada alone, has a long history as a giver with a big heart -- and did his buddy rapper Post Malone a solid when the six-time Grammy nominee mentioned a lifelong dream of “getting killed in a movie.”

“He and I are friends. We were hanging out at my house one day and he was like, 'You know, I want to get killed in a movie. That's my dream,'” Wahlberg said. “I was like, 'Well, I don't know about killing you in a movie, but we'd like to put you in a movie. And I think you'd be great as an actor.' And so I told him about it and he said yes.”

Wahlberg said Malone, 24, “terrified” director Berg who had never put the “Sunflower” crooner through his paces to see if his acting chops were up to par and wasn’t even sure the face-tattooed “Rockstar” performer would appear at all.

“I told Pete to hire him and combine two parts into one. But he never got to meet him, never auditioned him or anything,” Wahlberg explained. “So the day he was supposed to show up, Pete was really nervous. Is he going to show up? Because musicians come — you know, they move to the beat of their own drum. Right?”

But Malone couldn’t let his buddy down, especially after Wahlberg went to bat to get him in the cast.

“So he showed up. We went to the trailer. He was drinking Bud Light,” Wahlberg recalled. “He was probably a 12-pack in and Pete was like, 'Oh, my God, we got to shoot. He's not supposed to be drinking.' I said, he'll be fine. And then it was like: 'OK, can we rehearse real quick?' And Post wouldn't do — he wouldn't really act out the scene — he was making some funny voice.”

“And the first take was absolute magic,” Wahlberg praised of Malone. “You know, I did the scene where I went to visit him in prison and I was telling him that if he didn’t give me the information that I wanted, that Hawk was with his wife — and he was fantastic. I'm really interested to see what he does now.”

Still, after lending his pal a part in his latest big-budget film, Wahlberg said his secret sauce to success is simply centered on the work ethic he has developed over his time in showbiz.

“You know what — I'm really committed to doing the best job possible. I take my job very seriously,” he said. “I work harder than everybody else and I'm just dedicated and committed. And I'm taking my time but I put it all in. Everything I got.”