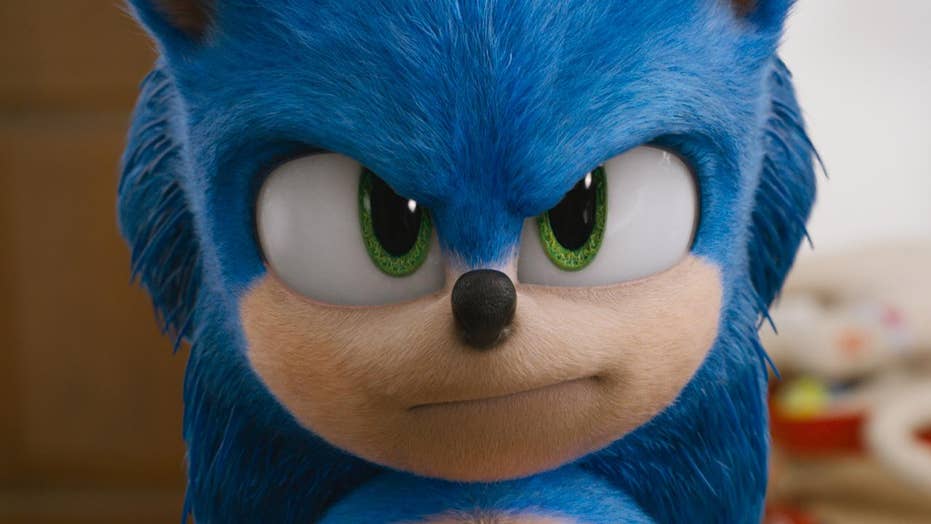 LOS ANGELES – When the first trailer for "Sonic the Hedgehog" dropped last year, it immediately became clear that the studio had more work to do.

Fans took to social media to criticize the trailer, slamming the CGI work done to create a live-action version of the classic video game character.

Shortly after the trailer's release, the film's director, Jeff Fowler, promised that the film's graphics would be touched up.

Now, with the film being released Friday, the cast has responded to the initial backlash in an exclusive interview with Fox News.

Jim Carrey, who stars as Dr. Ivo Robotnik, said that the backlash "turned out to be a great thing."

"It turned out to be a co-op where everybody was in on the creation," said Carrey, 58. "I think everybody felt good about it ultimately because [director] Jeff Fowler [had] no ego involved at all. He just went, 'These people grew up with it, and it's important to them that we get it right.' And I think it was just a much better movie because of it."

The "Bruce Almighty" star also said that he doesn't create characters "based on what people are saying," but that he also felt elements of the film weren't "quite in the pocket" until being reworked.

"It was my concern, as well," he admitted. "It turned out fantastic."

'BIRDS OF PREY' STAR MARGOT ROBBIE ON WHAT MAKES HARLEY QUINN UNIQUE: 'SHE DEFIES SOCIAL NORMS IN EVERY WAY'

James Marsden felt that fans getting riled up about the character they loved was a good thing.

"I got to sort of watch all that unfold and it put a massive smile on my face because I was like, that is the fan base, that is the passionate fan base who care and wanted to be right and wanted to feel good," he said about the initial criticism. "... You want to make everybody happy and get it right."

The actor, 46, called the negative reaction "a barometer for the intensity and the passion of the fans."

Ben Schwartz, the voice of the titular speedster, also said the backlash signified the unwavering popularity of the character.

"We had no idea if anybody even cared about the property," said Schwartz, 38. "When that trailer came out, the idea that all of these people were so passionate and cared so much and had ideas was this huge rush to us because like, 'Oh, we have something special here. We can make this so special' and stuff like that. So it was almost like an energetic boost for us to be like, 'Okay, we're on a nice little course now, let's figure this out.'"

"Sonic the Hedgehog" is playing in theaters now.