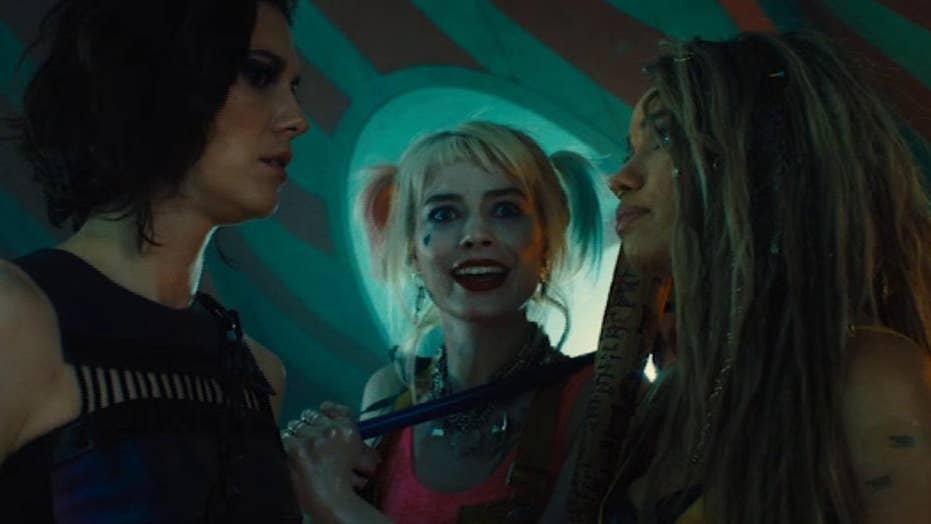 Margot Robbie talks about working on the action-packed, stereotype-crushing movie.

LONDON – It's been three and a half years since Margot Robbie made a splash in the world of comic book movies by playing Harley Quinn in "Suicide Squad."

Now, the anti-hero is back and better than ever in "Birds of Prey (and the Fantabulous Emancipation of One Harley Quinn)."

The character -- who now embarks on a journey of her own -- stands out for many reasons, but for Robbie, 29, it's the stereotypes the character breaks that make her special.

"I think the mere fact that we eliminated a romantic storyline kind of goes against what we're used to or accustomed to seeing in a film when you have a female protagonist," Robbie told Fox News. "I think Harley defies expectations in every way, she defies social norms in every way and that's just part of her [behavior]."

As to whether she thinks people will be upset by the progressiveness of the character, Robbie isn't worried.

"I think people are really responding to something different these days," she said. "I think any time a movie or TV show is seemingly breaking the mold, people seem to respond extremely positively and I think that will happen in this case."

Robbie explained that "Birds of Prey" is "fresh and different," as well as unlike any other comic book film to date.

Margot Robbie poses for photographers upon arrival at the world premiere of 'Birds of Prey' in London, Wednesday, Jan 29, 2020. (Joel C Ryan/Invision/AP)

The two-time Oscar nominee also said that it was "so fun" to play a character as eccentric as Harley Quinn.

"I mean, there is so much to her and she is so unapologetically herself," Robbie said. "She does insane things all the time and that is such a gift as an actor because you have many options and you can behave in erratic and unpredictable ways and you can do the things you can't do in real life."

"She's still very human in her vulnerability and her emotions," the actress said. "That's a great thing for me to tap into and I think for audiences to tap into."

Robbie's co-star Jurnee Smollett-Bell told Fox News that it was "special" to participate in such a female-centric film.

"I think we all were quite aware of the fact we were part of something that hadn't been done before to have an R-rated action, comic book, girl gang movie," said Smollett-Bell, 33. "It felt like: 'Oh wow, this is new and exciting and refreshing,' and honestly, just to come to work with these bad--s chicks, it was just so exciting and unlike anything I've ever been a part of."

In the same interview, Rosie Perez, who also stars in the film, said she felt similarly.

"For me personally, I've always known women could kick a--. I've kicked a few a--es myself in my lifetime,"  said Perez, 55.