Glenn Close arrives at the Oscars on Sunday, Feb. 24, 2019, at the Dolby Theatre in Los Angeles. (Photo by Richard Shotwell/Invision/AP)

Glenn Close missed out on winning her first Oscar at Sunday’s Academy Awards, prompting many on social media to vent their frustration on why the critically acclaimed actress has yet to take home a gold statue.

Close was considered by many to be a lock to win in this year’s best actress category for her role in “The Wife.”

The honor instead went to Olivia Colman for her performance in “The Favourite." The loss extended the seven-time Oscar nominee's reign as the most nominated living actor without any wins.

The thought was not lost on Colman as she paid tribute to Close during her acceptance speech.

“Glenn Close, you’ve been my idol for so long,” Colman said to a smiling Close. “This is not how I wanted it to be and I think you’re amazing and I love you very much.”

Some on social media were left asking themselves “WHAT DOES GLENN CLOSE HAVE TO DO!??"

Others relayed their disbelief in other ways. One user tampered with Close's Wikipedia page to say she was robbed of the elusive statuette.

More creative types tried to find loopholes to bring her a win. 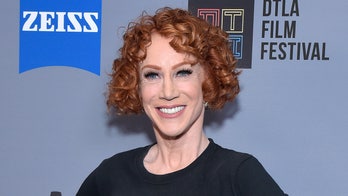