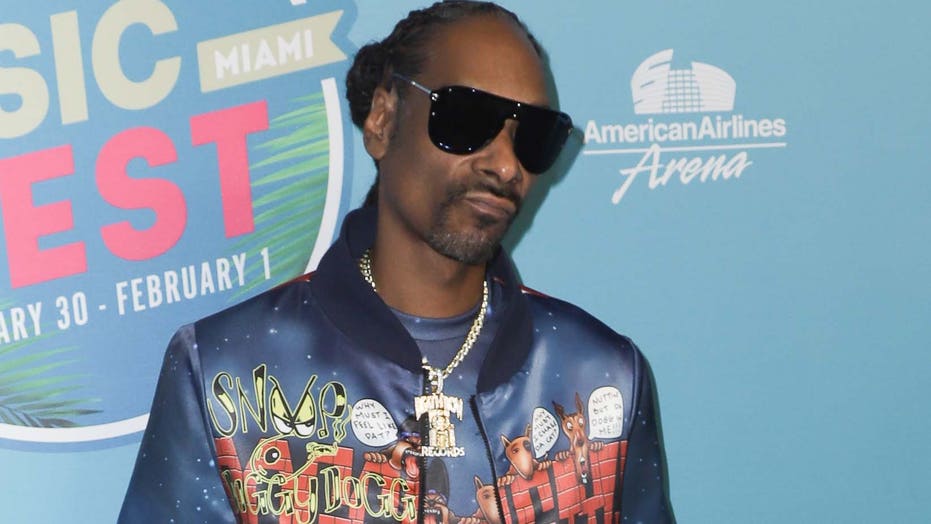 Snoop Dogg is not holding back.

Snoop Dogg at the LA Premiere of 'Coach Snoop' at the TCL Chinese 6 Theatres in Los Angeles. (Photo by Rich Fury/Invision/AP, File)

The message comes shortly after Snoop Dogg -- real name Calvin Cordozar Broadus Jr. -- revealed that he plans to vote for the first time in the upcoming presidential election.

“For many years it had me brainwashed thinking that you couldn’t vote because you had a criminal record,” he said on the Real 92.3, per Page Six.

The rapper had gun and drug convictions in his past but says his record has been expunged.

When asked whether he planned to vote this year, Snoop Dogg said: "Definitely."

"'Cause we got to make a difference. I can’t talk about it and not be about it," he said. “I can’t tell you to do it then you don’t go do it. Everybody know I’m a front-liner. I ain’t gonna tell you to do something I didn’t do.”

Snoop Dogg's comments come amid a period of civil unrest in America and various other countries in the world in response to police brutality against black individuals.

The protests began to break out after the May 25 death of George Floyd, a resident of Minneapolis, Minn., who died in police custody after officer Derek Chauvin knelt on Floyd's neck for nearly nine minutes.