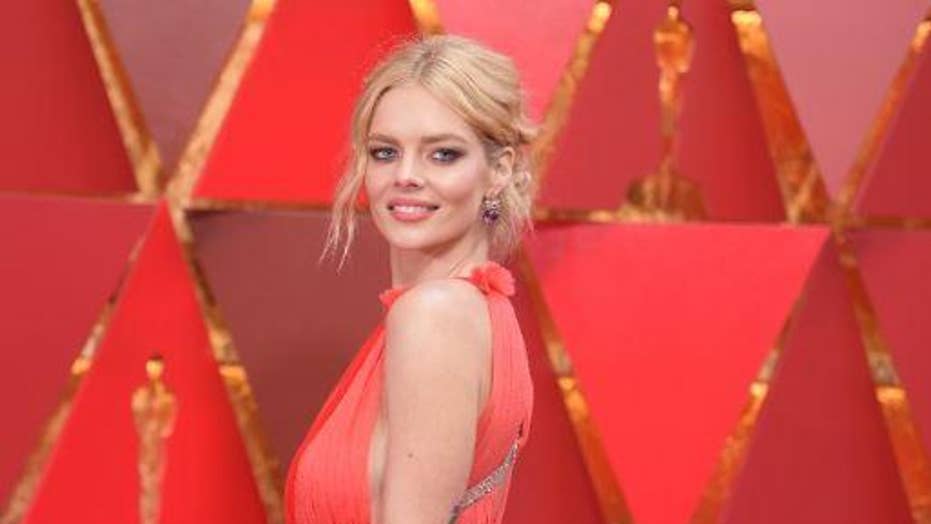 “SMILF” creator and star Frankie Shaw told Fox News she was concerned about reports that co-star Samara Weaving would be leaving the Showtime series due to two alleged mishandled sex scenes that breached her contract.

According to The Hollywood Reporter, which first reported the story on Monday, Weaving complained to both Disney and SAG-AFTRA after Shaw allegedly instructed video monitors to be turned on outside the set, even though it was supposed to be a closed shoot, with only limited crew present and no monitors.

“I’ve dedicated my career to creating platforms for underrepresented voices — both in front of and behind the lens,” Shaw told Fox News in a written statement Tuesday. “That’s why I felt so strongly that at least half of my crew on ‘SMILF’ needed to be female, that we should create an intersectional workplace in which more than a third of writers were women of color, and that it was important I have female shadow directors on set.

“I am proud of the accomplishments and that all but one of ‘SMILF’s’ 18 episodes over the first two seasons were directed by women, because these are my values and priorities and I am grateful for the support and contributions of the ‘SMILF’ team in helping me to realize them.”

“I work daily to create an environment in which everyone should feel safe, and in which I can continue to grow as a leader and manager. I am now and always have been open to hearing and addressing all concerns and issues that fall within my control. It pains me to learn that anyone felt uncomfortable on my set. I sincerely hope we can work together to resolve any and all issues, as I am committed to creating a workplace in which all people feel safe and heard.”

Reps for Showtime and Weaving, 26, did not respond to Fox News’ request for comment.

“SMILF,” which explores how a single mom struggles to find “a happy work-life balance,” is produced by Disney’s ABC Signature Studios. Alongside Shaw, 32, and Weaving, it is also starred by Rosie O’Donnell and Miguel Gomez, who plays Rafi, Weaving’s love interest.

The show premiered in 2017 to positive reviews. It was inspired by a namesake short film that earned Shaw a jury prize at the Sundance Film Festival.

A first scandal involving Weaving reportedly occurred in Season 1, when she was allegedly told with 40 minutes' notice to perform a nude love scene despite a no-nudity clause in her contract. One insider alleged a waiver was prepared but not signed.

A source claimed that when Weaving, who is Australian, spoke out, Shaw allegedly pulled her into a trailer, “yanked off her own top” and demanded to know why Weaving was worried about going nude when Shaw herself had no concerns of her own about it.

Shaw’s attorney told Fox News that any claims of Shaw allegedly exposing her breast to coerce any actor into appearing in any nude scene is “100 percent false” and that “it never happened.”

Shaw’s attorney explained she did lift her shirt while wearing a bra to “pinch her belly” in an effort to point out her own imperfections while encouraging others to feel comfortable in their own skin. The attorney added there were several people present and that “it wasn’t done in a vulgar or sexually suggestive manner.”

“Ms. Shaw made it clear to her actors that she would never pressure them to do anything on film that they were not comfortable doing,” added Shaw’s attorney.

The Hollywood Reporter also shared that in Season 2, Weaving was set to do another love scene with Gomez, 33, where he would reportedly be nude while she was just wearing a T-shirt and underwear. Sources claimed the pair were asked to meet with director Cate Shortland without Shaw present to express the importance of having their privacy respected after the Season 1 conflict.

On the morning of the shoot in question, the set was closed and monitors outside were turned off. And while Shaw was not present the day the intimate scene was shot, she allegedly texted a staffer to find out how filming was progressing. When Shaw was told the monitors were off, she allegedly instructed to have them turned on.

Sources alleged Weaving learned what had happened from the writers and believed she reported the incident to SAG-AFTRA and Showtime.

SAG-AFTRA did not immediately respond to Fox News for comment.

Shaw’s attorney said that the alleged issue with unauthorized personnel viewing the monitor needs to be addressed by others as Shaw was not on set and cannot speak on that alleged incident.

Script supervisor told The Hollywood Reporter that the mishandling of monitors “was completely unprofessional.”

“They should have made it known immediately to our actors and our director,” she explained. “I know there were past incidents that had led up to this being such a sensitive situation, but on any show, if an actor is feeling unsafe or uncomfortable with something, it’s our responsibility to make them feel safe.”

The Hollywood Reporter shared that, at Shaw’s request, Gomez sent an email expressing the set “feels like a family” and while nude scenes are “always weird… Frankie always checks in with me about it beforehand and makes sure I’m feeling comfortable and OK with it. When I told her I didn’t want to show my butt this year for a sex scene, she told me right away no problem at all and only do what I feel comfortable with.”

Gomez admitted that “things could have been handled better” during Season 1 and that there have been discussions about the importance of a closed set before shooting the intimate scene for Season 2.

However, Gomez wrote, “From what I’m being told, the monitor was only for the writer and director.”

A rep for Gomez did not immediately respond to Fox News’ request for comment.

Producer Michael London also wrote an email to The Hollywood Reporter claiming that Shaw was unaware the set was supposed to have “an additional level of privacy” and that monitors were left on inadvertently as shooting continued.

Fox News reached out to ABC Signature Studios for comment on the story and we got the following statement: "We included a statement in the original story. We have no further comment."

In its previous statement to The Hollywood Reporter, the company said it is “committed to a safe work environment, and when we are made aware of issues we address them appropriately. Complaints were brought to our attention after season two production wrapped, and we are investigating. We will take appropriate steps going forward if season three is ordered.”

Sources claimed that toward the end of production of Season 2, O’Donnell, 56, contacted Showtime executive Amy Israel as well as executive producer Scott King to express concern about “a chaotic and troubled set.” Insiders alleged that while O’Donnell did not personally clash with Shaw, she was concerned about a number of issues, particularly Shaw’s treatment of Weaving.

In a written statement sent to Fox News about the initial report, O'Donnell wrote, "I love working with Frankie shaw on 'SMILF' and am very proud of the extraordinary representation and quality of women actors, directors, writers and crew involved with all aspects of the show. The past two years have been a very meaningful and rewarding.  This report contains some allegations that I was unaware of, and which are not consistent with my personal experience on the show.”

O’Donnell is reportedly expected to return for a yet unannounced Season 3.

Actress Frankie Shaw arrives for the 2018 DGA Awards at the Beverly Hilton, on February 3, 2018 in Beverly Hills, California. (Getty)

Despite the allegations, TheWrap.com reported a source “with knowledge of the project” claimed ABC Studios cleared Shaw following an investigation into the accusation of misconduct.

The source added Weaving was reportedly released from her contract at her request and will not return to “SMILF” for Season 3, should it get picked up again.