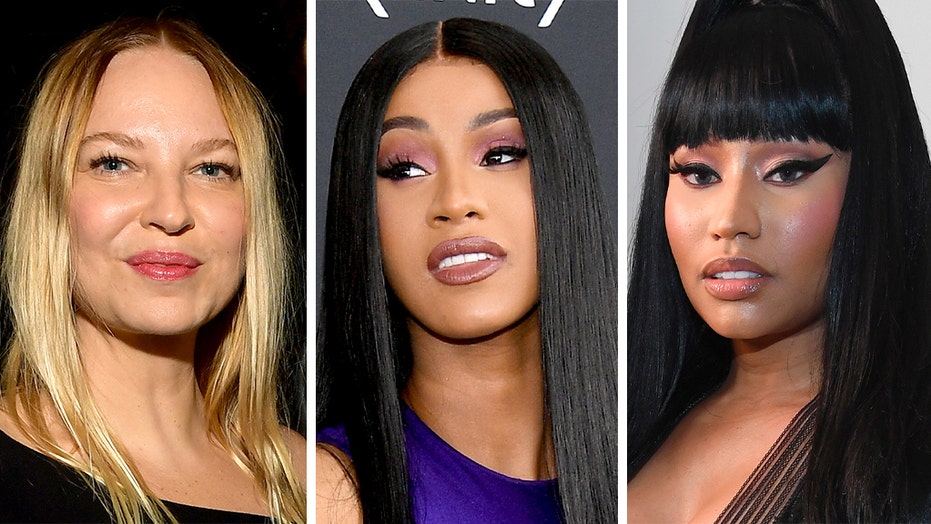 Sia is taking some heat.

The "Chandelier" singer took to Twitter on Friday to respond to a fan's since-deleted tweet featuring a photo of Nicki Minaj, asking Sia whether she would ever collaborate with the rapper, per E! News.

"I love [Cardi B] and although this isn't a collaboration, I would love to COLLAB with her any day," wrote Sia, 44, tagging rapper Cardi B in the post.

The singer quickly received backlash from followers, who also used the hashtag "#SiaIsOverParty."

Left to right: Sia, Cardi B and Nicki Minaj. (Getty)

"SIA GIRL YOU NEED TO DELETE I'M NOT PLAYING," one follower commented.

"MOVE YOUR HAIR GRANDMA," said another. "THATS NOT CARDI."

According to E! News, Sia published a handful of tweets that have since been deleted referring to the feud between Cardi B, 27, and Minaj, 37.

"I don't give a s--t about feuds," said one tweet. "George Floyd was f--king murdered. Breonna Taylor. Murdered. Come on let's rise in unity. You think @iamcardib and Nikki [sic] are so petty that they would want you focusing on a silly feud instead of REAL NEWS."

Another tweet from Sia insisted that Cardi B and Minaj aren't focused on any feud, but "the problem of systemic racism" instead.

After the ordeal, the singer published a message on Twitter to apologize.

"I totally misunderstood a tweet earlier that has resulted in me making a buffoon out of myself. Sorry @NICKIMINAJ and @iamcardib if you hear about it. Can I just like you both."

Neith rapper seems to have spoken on the matter, and their reps did not immediately respond to Fox News' request for comment, nor did Sia's.

Sia has been particularly vocal in her support of the Black Lives Matter movement, having encouraged fans to demand justice for the death of Breonna Taylor as well as commending peaceful protesting.

Earlier in the year, the "Together" singer revealed that she'd adopted two teenage sons in 2019.