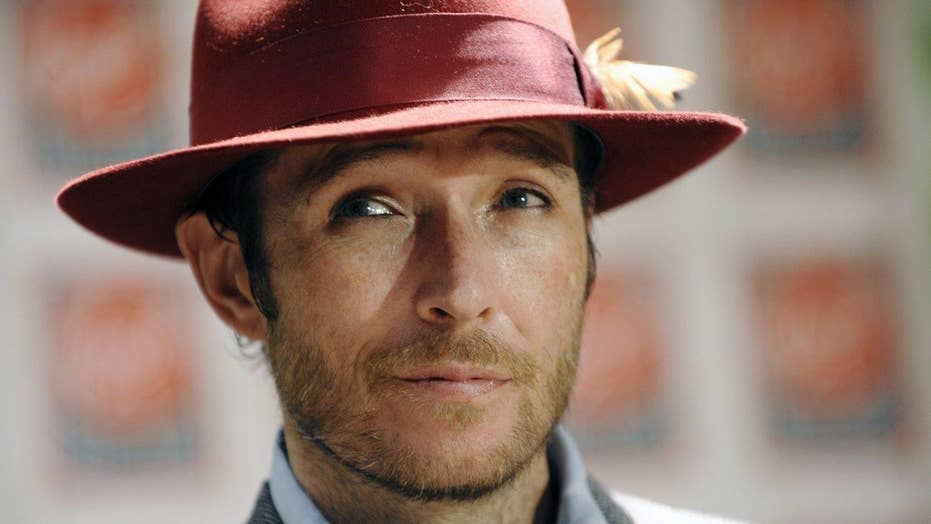 NEW YORK – Spoiler alert: He was actually a pretty cool dude, to the core.

Scott Weiland, former lead singer of several bands including Stone Temple Pilots and Velvet Revolver, died Thursday at age 48 in his sleep while he was on a tour stop in Bloomington, Minn. with his current band, Scott Weiland and The Wildabouts.

I had the chance to interview Weiland this past February, seven weeks before the debut album for Scott Weiland and The Wildabouts, “Blaster,” was released, and he was as genuine and amiable as could be expected. Weiland and I discussed the music he listened to as a kid, his personal favorite vocal performances from his own canon, and what he thought The Wildabouts might do next. It isn’t you, isn’t me, search for things you can’t see. RIP.

FOX411: You’re 14 days older than me, so you must have grown up listening to vinyl. Do you have any favorite albums from the early days?

Scott Weiland: I was a real big fan of The Cars and Sweet when I was in high school. I was a member of the Columbia House Record Club growing up, and I remember when I got The Cars’ first album [“The Cars,” 1978] — that stuck out as a new sound, and I played that album out. I wore it out.

Weiland: Yeah, and that’s always the mission, really, when you’re making an album.

FOX411: Do you still play vinyl when you have the time?

Weiland: Um, occasionally. My stepson has a record player, and he’s been collecting vinyl, actually.

FOX411: What is it about vinyl that you like?

Weiland: I think that it sounds warmer. It sounds more natural.

Weiland: I mean, it’s not the best way to listen to music, but it definitely serves its purpose.

FOX411: Do you have a favorite vocal performance of your own from your overall career, one you really felt you nailed?

Weiland: That’s hard to say if I have a favorite vocal performance. I would say this [new] album stands up with any of them, but “Purple” is also another one I like. [“Purple” is Stone Temple Pilots’ multiplatinum 1994 album, which includes the hits “Vaseline,” “Interstate Love Song,” and “Big Empty.”]

FOX411: Yeah, I agree — your baritone is really strong and in the groove on “Purple.” One of your strengths is how you’re able to come up with all these great melodies and choruses that are instantly singable to first time you hear them. That has to be one of your goals as a songwriter.

FOX411: That’s in your DNA, I think. Did you have any songwriting role models growing up?

FOX411: Speaking of Bowie, I love those two glam covers that are near the end of the record — [T-Rex’s] “20th Century Boy” and the hidden track, [David Bowie’s] “Jean Genie.” I was kind of waiting for [Iggy Pop’s] “The Passenger” to come up next. (Weiland laughs) Those covers both fit in with the whole vibe of “Blaster.”

Weiland: Yeah, that was the intention — to have a collection of songs that have their own identity but still are one cohesive group of music. We wanted it to sound the best it possibly could, and I think we came up with a product that sounds great.

We actually just recorded a new song the other day. We were in rehearsal going over our set, and we came up with a new idea. [“Blaster” producer] Rick Parker recorded it. It’s called “Back to the City.” [“Back to the City” didn’t make the final cut for “Blaster,” but you can listen to it via the Scott Weiland Blaster app.]

Weiland: Probably just over an hour, maybe an hour and 15. We’ll play most of “Blaster” and some STP, and maybe some Velvet Revolver as well.

FOX411: Is “Meatplow” [from “Purple”] in the set list? That song really seems to fit with what’s going on here. So do some other STP songs.

Weiland: That’s one we’ve played before that we’ll thrown in from night to night. As far as STP songs go, we just try to do our own versions, to make them sound like us. We just try to play those songs the best we can and give them our own sound.

FOX411: In terms of your vocal character for “Blaster,” did you go into the studio with a specific idea of how you wanted it to sound?

Weiland: It all depended on the way the songs were written instrumentally. I would approach the vocal in a way that would go with the instrumental. One of the guys in the band would do a demo of a song and then bring it to rehearsal, and then we’d hash it all out. And then, you know, I’d just write my melody and my lyrics, and then sing it depending on what the song sounded like to match the vibe of the song.

FOX411: “White Lightning” has a cool blues-vamp mode with that classic Bo Diddley beat, and there’s a little echo on your voice too. Do you like using that effect? Sometimes your voice is doubled, sometimes it’s a little more raw.

Weiland: Yeah, I like the slapback. It all depends on the song. Working with Rick Parker was really cool, because he came up with some interesting sound effects to go with my voice, to give each song its own particular sound.

FOX411: “Amethyst” is probably a good example of that, right? Did he come to you and say, “We want a more trippy, dreamy feel at the beginning,” or was that your idea?

Weiland: I wanted that one to sound really ethereal at the beginning, and then open up once the song started.

FOX411: I think you captured that really well. And then, going the other way, “Circles” has a kind of back-porch vibe to it.

Weiland: Yeah, it definitely has a country/bluegrass thing going on there.

FOX411: Tell me how you got that funky/crunchy tone on “Modzilla.”

Weiland: That’s just a really heavy guitar riff with a micro-bass synthesizer and a fuzzbox.

FOX411: Nice. And it was all done in your own studio, yeah? Lavish Studios is your own place?

Weiland: Yes, it is. It’s in a warehouse, in Burbank [California]. It’s a commercial studio now as well. I’ve had it for over 15 years.

FOX411: You’ve got a helluva guitar player there in Jeremy Brown. That guy’s got riffs for days. The way he plays it, each song has its own sonic identity.

Weiland: Oh yeah. Jeremy’s an amazing guitar player. [Sadly, Brown died at age 34 of an accidental drug overdose on March 30, 2015, the day before “Blaster” was released.]

FOX411: Do we see more albums in The Wildabouts’ future?

Weiland: Definitely. Right now we’re focused on this one, but like I said, we already recorded another new song. When we come up with new songs, we’ll just keep on recording them.

FOX411: Would you put out the singles as you record them?

Weiland: Yeah, there’s nothing wrong with that.

FOX411: Last thing: If you were to use one word to describe the sound of “Blaster,” what would it be?

Mike Mettler is the former editor-in-chief and current music editor of Sound & Vision, and he interviews artists and producers about their love of music and high-resolution audio on his own sites, soundbard.com and hiresaudiocentral.com.