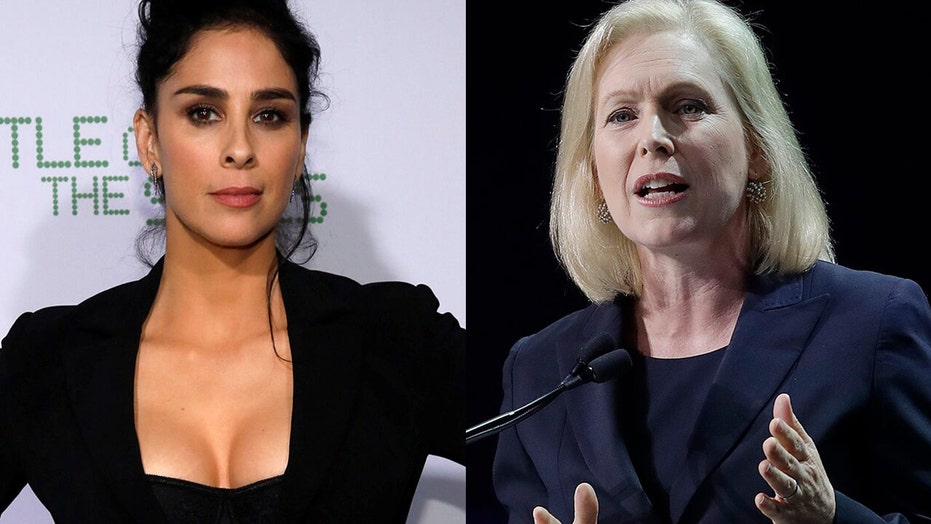 Silverman called out Gillibrand on Twitter after comments she gave to reporters on Tuesday in which she announced she’s standing by the 2020 Democratic presidential hopeful despite previously siding with accusers in cases like Al Franken’s.

“But u called on ⁦@alfranken⁩ to resign w/out the ethics investigation HE asked for??” Silverman wrote.

The 49-year-old comedian was referencing Gillibrand’s role in pressuring the then-Senator into his eventual 2018 resignation over sexual misconduct allegations that came to light in 2017.

Silverman was clearly attempting to point out the apparent hypocrisy behind Gillibrand's position on the two issues.

“I stand by [former] Vice President Biden,” the New York Democrat said during a conference call with reporters, according to The National Review. “He’s devoted his life to supporting women and he has vehemently denied this allegation.”

In June 2019, Gillibrand was asked by “Fox News Sunday” anchor Chris Wallace if Franken needed to resign, noting that many Democrats now feel, like Silverman, that there was a “rush to judgment” and “no due process.”

“I needed to have clarity on that and I was not going to remain silent. I couldn't defend it and I wasn't going to defend it. That was my decision," Gillibrand said in part at the time. "Senator Franken’s decision was whether or not he wanted to resign, whether or not he wanted to wait to his next election. But if a few Democratic donors are angry because I stood by eight women including a young woman who works in Congress that's on them."

Currently, Reade is accusing Biden of assault over an incident that allegedly occurred in March 1993. A former neighbor of Reade’s said she remembered Reade telling her about parts of the allegation, according to The National Review, and Reade told Fox News a resurfaced "Larry King Live" video involving a woman talking about her daughter who had “problems” while working for a “prominent senator” was her now-deceased mother, referring to the allegation.

Biden’s campaign has vehemently denied the accusations, which others have also called into question because Reade said she doesn’t remember where the assault happened and some details in her story have changed over time.

“So when we say believe women, it’s for this explicit intention of making sure there’s space for all women to come forward to speak their truth, to be heard,” Gillibrand said to reporters Tuesday, noting that the allegations from Reade have been investigated.

In 2018, Gillibrand was also a staunch defender of Christine Blasey Ford, a professor who accused then-Supreme Court nominee Brett Kavanaugh of attempted rape as a teenager in the midst of his 2018 confirmation hearings. Gillibrand said the proceedings would be a “sham” if Blasey Ford's allegations weren't investigated by the FBI.

The U.S. Senate ultimately confirmed Kavanaugh's nomination and he joined the Supreme Court in October 2018.