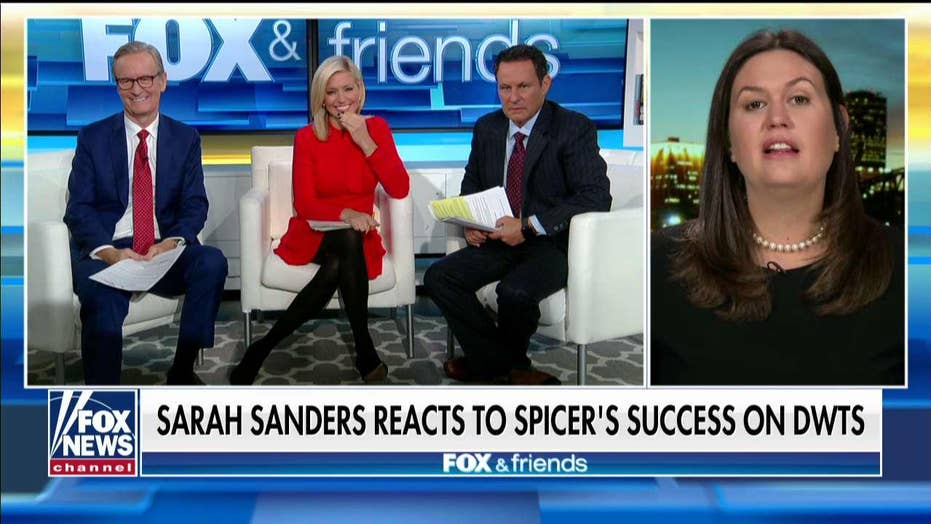 Former White House Press Secretary Sarah Sanders said Tuesday that her entire family "maxes out" their votes for her former colleague Sean Spicer on ABC's "Dancing with the Stars."

Appearing on "Fox & Friends" with hosts Steve Doocy, Ainsley Earhardt, and Brian Kilmeade, Sanders said she was very proud of Spicer and that she and her family are "big watchers of Sean every week."

"Between my husband and I, my parents, my mom has a text chain that is aggressively supporting Sean...So, we are fully behind him," she told the "Friends" hosts.

Spicer survived yet another week after receiving his highest score yet dancing the Viennese Waltz. He dedicated the performance to his wife of 15 years.

SEAN SPICER ON 'DANCING WITH THE STARS' DEBUT 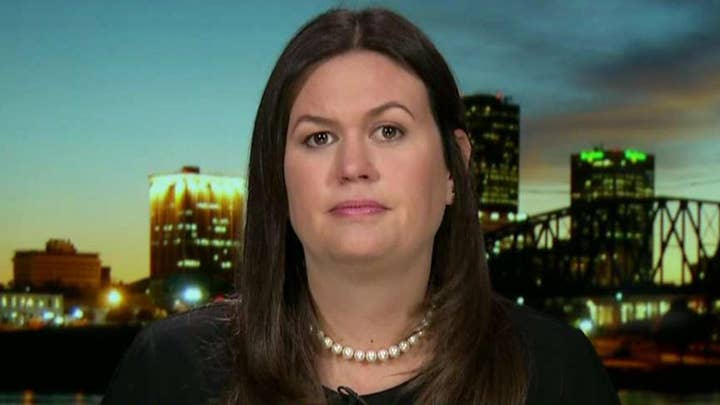 "I thought last night was incredible and so special that he dedicated that to his wife," Sanders remarked.

"And, I know firsthand how difficult it is to have the role he had at the White House with his family...So, it was really neat to get to watch him have that moment..." she said.

"You have to love how excited he is -- how enthusiastic he is," Sanders noted.

Sanders noted that there were "a lot of people that didn't want him on the show and pushed to boycott" ABC for inviting him.

"I'm actually proud of the network for keeping him in there and letting him really get out there and have a good time. And, I think he's shown that you can push back and do it with a smile," she said.