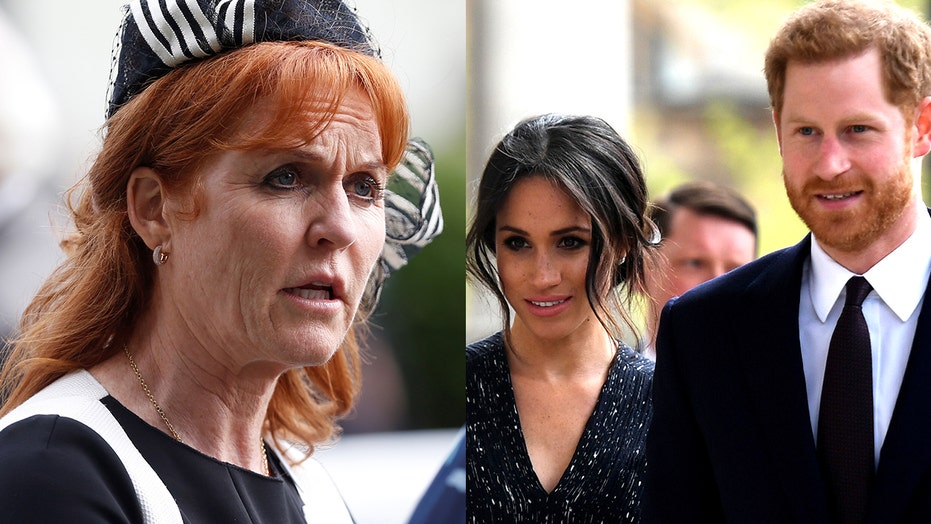 Meghan Markle has been the subject of disparaging media coverage since marrying into the royal family, and despite her many supporters, few can fully relate to the extreme microscope the Duchess of Sussex is subjected to living under more than Sarah Ferguson, the Duchess of York and ex-wife of Prince Andrew.

Ferguson, who is also known as “Fergie” in the United Kingdom, opened up about her time under the umbrella of the royal family and said she still copes with media scrutiny, especially in the wake of her ex-husband’s scandal that came as collateral damage stemming from his friendship with convicted sex offender Jeffrey Epstein.

Ferguson told Vogue Arabia that she empathizes with Markle, 38: "It must be hard for Meghan, and I can relate to her," said the mom to daughters, Princesses Eugenie and Beatrice.

The 60-year-old Duchess said she sees stout similarities between herself and Markle, who wed Prince Harry in a worldwide spectacle in May 2018 and have since welcomed their son, baby Archie.

Of Markle, Ferguson championed the former “Deal or No Deal” model, praising her as “modern and fabulous,” saying that she should be celebrated.

"She was famous before. She is great. Why can’t Meghan be great? Why can’t she be celebrated?" Ferguson asked.

"Any advice for her?" Ferguson continued. "I tend not to give advice because it is taken out of context, but I have been in Meghan’s shoes, and I still am. There’s always a twist of negativity and it just gets so sad and tiring; it’s hard and mean."

"I abhor bullying and I feel desperately sorry for the pain they must be going through because I’ve been through it," she added.

Ferguson went on to say that the “front pages can be cruel,” adding: “You start to believe it.”

In discussing how she combatted the barrage of “negativity,” the Duchess of York admitted to the magazine that she eventually began “self-sabotaging.”

"I didn’t think of the ramifications of my actions. I was at the bottom of the barrel. It was almost as if I wanted to be unlovable,” she explained.

"It was difficult but I’m here now -- I feel the chains of my soul are freed. It’s still difficult, though.... I have to be aware and steer away from going down the negative route," she added.