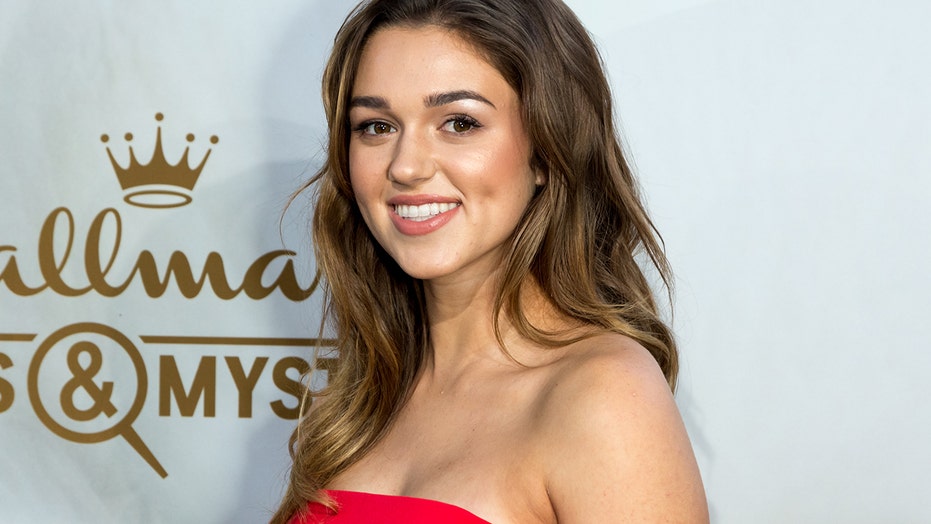 The former "Duck Dynasty" star, 23, married Christian Huff in November and has put her relationship on full display on social media since then.

Now, Robertson is opening up on Instagram about letting faith into her relationships, sharing her message in the hope that other youngsters might share her faith.

The Monday post contained a black-and-white photo of Robertson wrapping her arms around Huff, 22, while they smile at one another on a beach.

In the caption, Robertson began by saying she often sees comments regarding marriage such as "why get married?" and "I have to get married for my life to start."

"Its [sic] not shocking that there is a lot of confusion on the idea of [marriage]," she began. "Genesis 3 we see that there is an enemy. An enemy that comes after Gods [sic] designs and makes us question why that would be better than our own ideas for our life. He comes after our image with insecurity. Our confidence with comparison. Our faith with fear. so why not our idea of marriage?"

The former reality star went on to explain that in Genesis 2, a chapter within the Bible, it was explained that marriage was designed for people to find "a helper" in their lives.

"'It’s not good for man to be alone.' That we would be together, naked, & feel no shame," she said. "People ask how do you know when someone’s the one? I have heard it said and I’ll repeat it - ask yourself is that person helping you. Helping you get closer to God and be a better person?"

Robertson noted that while the notion is simple, it is "the beauty of God's design" to have someone in life to help.

"Then comes Genesis 3, the enemy shows up and spoke words that made us confused and we fell into sin and with sin - shame entered," Robertson continued. "I am not the poster child of purity. We both had a past, but when we met we made it clear that we desired to see what Gods [sic] plan was. We wanted to see Genesis 2. We let that desire override our fleshly desires."

The "Duck Dynasty" family member said that it was her faith that made her relationship with Huff so different.

'SWEET HOME SEXTUPLETS' PARENTS COURTNEY AND ERIC WALDROP ON IMPORTANCE FOR FAITH AND FAMILY: 'WE LEAN ON GOD'

"I have felt shame in dating relationships when I was doing it my way - I did not feel shame when I did it Gods [sic] way. Gods [sic] plan does not produce shame," she explained. "Think about that in whatever relationship you are in."

The author explained that she was speaking out on the subject because she cares for her following and wants to offer an example that "God's way" in relationships can be special.

"Gods [sic] way is the most fun because it’s not tied to shame," she explained. "This is not to make couples feel bad if they haven’t been on the right path. I was there! I say this bc my biggest following is 18-25 year olds. I know you’re right in the thick of this struggle."

She concluded: "I hope to just share the truth I’ve learned on relationship original intention."

Robertson spoke about Huff with Fox News earlier in the year, when she noted that he's "a really great man."

"When I met Christian, his love is so sweet and so kind and so grace-filled that the times that I would be hard on myself, I would see the grace and the love he would extend to me and be like, wow, that’s real love, and that’s really a powerful thing," she said.

Robertson continued: "And, I’ve watched myself really walk away from that self-doubt and walk into a true confidence, because just the way that he affirms me and I look at that relationship and think about that love and that’s me and Christian, that’s human. And then, I think about what is God’s perfect love? Wow, that’s overwhelming."