Ryan Adams, currently mired in sexual harassment charges raised by a story in the New York Times last week, is being abandoned in droves at Adult Album Alternative radio stations around the country. The singer/songwriter had been a stalwart of Triple A since scoring No. 1 singles with “New York, New York” in December 2001 and “Lucky Now” 10 years later in December 2011; in all, he’d had 17 charting singles at the format.

“Stations are quietly dropping him from their playlists,” says John Schoenberger, longtime Triple A editor at All Access, a leading radio trade website. “They’re not making any public statements because of the legal ramifications.”

The e-mailed response from Rita Houston, program director at the influential Fordham University-owned Triple A station WFUV, was typical: “Thanks for reaching out to me on this… but going to pass on this topic.”

Adams’ newest single, “F— the Rain,” had reached No. 20 on Billboard’s Adult Alternative chart, as of the Feb. 16 issue. It was on the rise even though execs at his distributing label, Blue Note, were miffed to get a song with that problematic a title as a first single, according to sources. It dropped from 54 daily spins at the chart’s 42 reporting stations the day the story broke to a mere seven plays at those stations five days later, mostly in the overnight hours.

“We were playing it, but no more,” says Jeff Penfield, assistant program director and director of digital integration at the Sky Daniels-led KCSN, a highly influential Triple A station for the Los Angeles area. He has also pulled Adams’ entire back catalog, despite the artist having played a benefit for the station in December 2014. Adams did the show when one of his current accusers, Phoebe Bridgers, was part of his band.

Before the New York Times story hit, Penfield says, KCSN had Adams’ “F— the Rain” in power rotation, playing it up to 20 times a week.

Some of the more disturbing charges in the Times’ story include sexually explicit texting with an underage girl. (Adams has denied knowingly corresponding with any minors.) But what prompted KCSN’s actions, according to Penfield, is the emotional damage he is alleged to have done to a number of his female peers, including Bridgers and ex-wife Mandy Moore, by creating havoc with their musical creativity and ambitions.

“Our station is all about encouraging and helping develop artists,” explains Penfield. “Aside from all the terrible ways he was treating women, add on the fact he was keeping them from having successful careers… That just speaks to who we are as a station in supporting musicians. If he has made them feel so bad about themselves that they don’t feel like performing or creating music, that just runs counter to who we are.”

Penfield insists the decision is not cast in stone, and will be revisited when more facts emerge, and will not harm the March 22 album by Jenny Lewis, which counts Adams as a collaborator. (Lewis has tweeted that although she and Adams had a “professional relationship,” she “stand(s) in solidarity with the women who have come forward.”)

“We’re a public radio station that supports the arts,” he says. “We can live without Ryan Adams’ music on our station for now. It’s not the right time to play Ryan Adams. This was not an easy decision, but we’ve had relationships with many of the parties involved. We’re right in the middle of this.”

Other Triple A stations are also grappling with whether to play Adams’ music. Gary Kraen, VP of operations and programming at WRLT Lightning 100 in Nashville, another leading Triple A outlet, says the station had been airing “F— the Rain” in overnights only, and has dropped even that minimal airplay.

“We’re slowing down on his back catalog,” says Kraen, who adds that the station has been a big supporter of Adams’ music in the past but was turned off at first to the new song’s expletive-laced title. “But we’re putting off making any major changes until we get more information. Right now, I can’t let my jocks front- or back-announce a Ryan Adams track, and we will monitor any listener backlash.”

In a related Triple A-based #MeToo story, the influential Chicago-based label Bloodshot Records, which released Adams’ groundbreaking 2000 album “Heartbreaker,” is at the center of another stir. Artist Lydia Loveless accused co-founder Nan Warshaw’s domestic partner Mark Panick of a long history of sexual harassment, leading to Warshaw announcing Tuesday that she would remain at Bloodshot for now but was “stepping aside” from duties there. 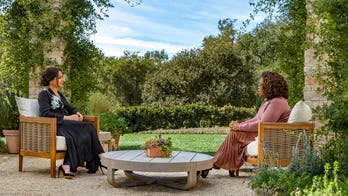