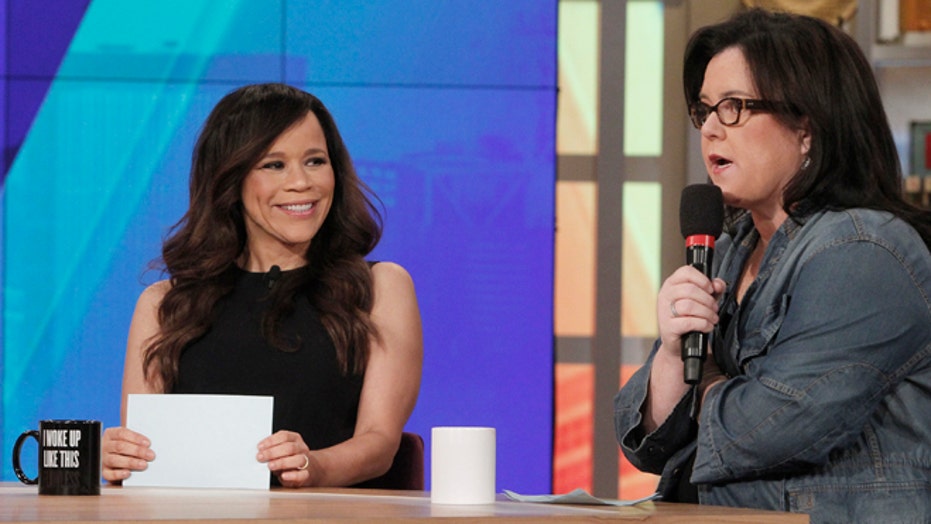 Rosie Perez: Rumors about 'The View' are insulting

Rosie Perez opened up about working on

Rosie Perez returned to “The View” after a month away and it wasn’t as smooth as she would have liked.

The 50-year-old actress, fresh from rehearsals for Larry David’s upcoming play, made a seemingly innocent comment during a Hot Topics segment on Bobbi Kristina’s hospitalizations, but her choice of words got her in hot water.

“Just thought about the movie that came out [the Whitney Houston biopic on Lifetime], and this is no disrespect to Angela Bassett because I love [her], but this authorized bio of her mom must have killed her,” Perez told the audience.

She almost instantly realized what she said and backtracked.

Perez’s comments come days after Kristina, 21, was hospitalized after she was found unconscious in her Atlanta home on Saturday morning – nearly a week shy of the three-year anniversary of Houston’s death.

"We are currently investigating the events that led to the hospitalization of Bobbi Kristina," her father Bobbi Brown said in a statement released by his attorney. "To correct earlier reports, Bobbi Kristina is not and has never been married to Nick Gordon. We continue to request privacy in this matter. Please allow for our family to deal with this matter and give Bobbi Kristina the love and support she needs at this time."