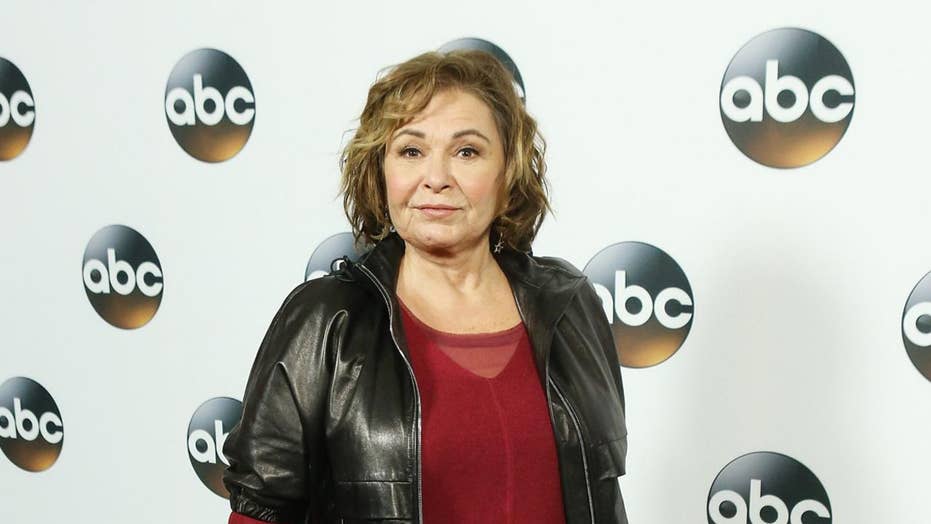 In a new off-the-rails interview, Roseanne Barr calls originators of the #MeToo movement “hos” and attacks Sen. Kamala Harris, Christine Blasey Ford and many other women.

“They’re pretending that they didn’t go to trade sexual favors for money,” Barr says, rhetorically asking why some women find themselves in men’s hotel rooms at 3 a.m.

Interviewer Candace Owens replies by pointing to the women who accused comedian Louis C.K. of sexual misconduct, prompting Barr to say, “That’s who I’m talking about, too.”

“I know a ho when I see one,” proclaims Barr.

She was kicked off the rebooted “Roseanne” show after posting a racist tweet about former President Barack Obama’s adviser Valerie Jarrett last May.

Speaking in an episode of the “Candace Owens Show” that goes online Sunday, Barr holds nothing back talking about race, religion, politics and Hollywood.

She goes on a nasty tirade against Harris, the California Dem who’s running for president.

“We all know what she did… she slept her way to the bottom,” the comedian says, drawing agreement from Owens, who directs comms for the young conservative group Turning Point USA.

“Look at Kamala Harris, who I call Kama Sutra Harris. We all know what she did. … She slept her way to the bottom.”

Barr also suggests that Christine Blasey Ford, who accused Supreme Court Justice Brett Kavanaugh of a sexual assault when they were teens, “should be in prison.”

“White women privilege” is the only thing that kept the accuser out of jail, Barr opines.

Moving on to freshman Reps. Ilhan Omar (D-Minn.) and Rashida Tlaib (D-Mich.), Barr declares, “It’s scary that we have Hamas in our Congress,” referencing the Palestinian terror group. Both pols are Muslim. 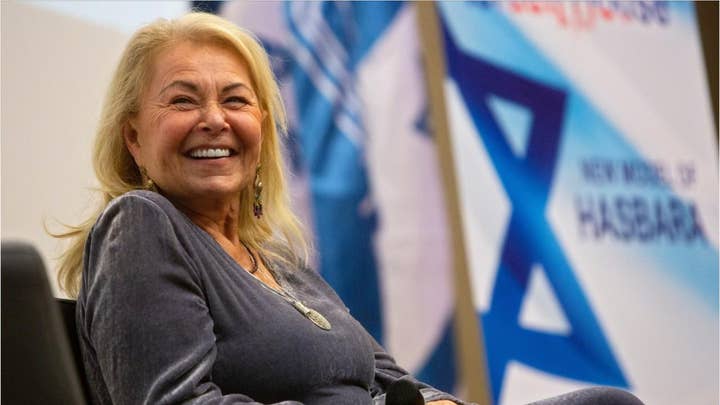 The crazed comedian tells Owens that she supports the interviewer’s “Blexit” movement encouraging black people to leave the Democratic Party.

“I support Blexit cause I know that that really is the linchpin of the whole thing. You call it the plantation — I love that,” Barr says.

“I call it Egypt because I’m Jewish. It’s leaving Egypt and getting free of Pharaoh. For all the African-American people I know who are Blexiting, I say to them, ‘Please take two Jews with you.’”

"For all the African-American people I know who are Blexiting, I say to them, ‘Please take two Jews with you.’"

Barr, who played a strong supporter of President Trump in her short-lived reboot, also bashes some former friends in Hollywood.

“When I went to bat for Sandra [Bernhard], Kathy [Griffin] and Sara [Gilbert] to get them on TV — because I gave them all their TV jobs… you know what people at the networks told me? Those girls are too ugly to go on TV,” Barr recalls.

“And I said this is so incredibly sexist. Look at me, I’m no beauty. You can’t take talent, for a woman, and reduce it to their facial flaws. Are you sh—ing me?”

She’s changed her mind since becoming a Hollywood outcast.

“Nowadays, I’m like, you’re right. They are too ugly to be on TV,” Barr concludes, saying her colleagues have “ugliness inside.”