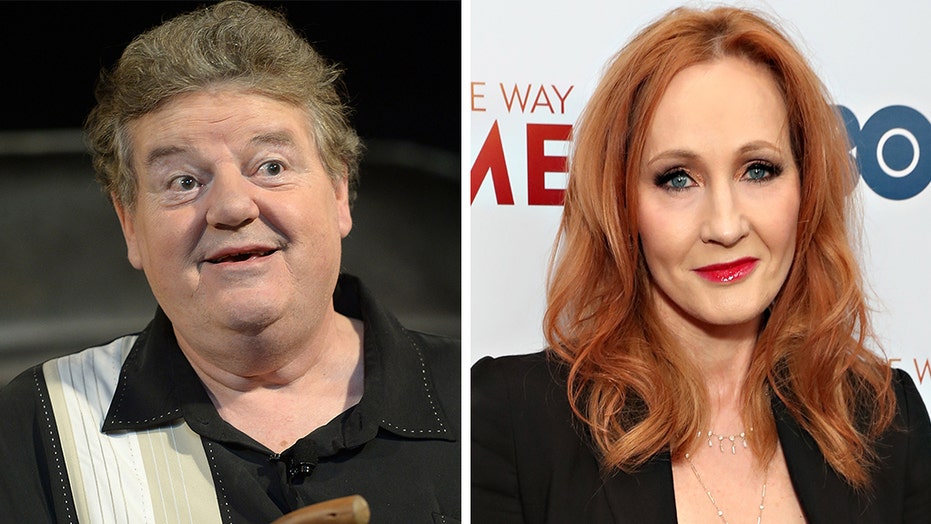 Robbie Coltrane is the latest cast member of the “Harry Potter” film franchise to comment on the recent remarks J.K. Rowling made about the trans community.

Daniel Radcliffe, Emma Watson, Rupert Grint and Eddie Redmayne have all issued their opinions on Rowling’s controversial statements. The bestselling author in June posted a tweet mocking an article that made reference to "people who menstruate," urging writers to use the term "woman."

"If sex isn’t real, the lived reality of women globally is erased,” the “Harry Potter” scribe also penned in an essay. “I know and love trans people, but erasing the concept of sex removes the ability of many to meaningfully discuss their lives. It isn’t hate to speak the truth."

J.K. Rowling has been heavily criticized for her comments regarding the trans community. (Reuters)

Now, Coltrane is jumping to the defense of Rowling and, in the process, the Hagrid performer is slamming the “Twitter generation” for taking constant offense to opinions on social media.

“I don’t think what she said was offensive really,” Coltrane said in an interview with Radio Times, as reported by  NME and Yahoo! UK. “I don’t know why but there’s a whole Twitter generation of people who hang around waiting to be offended.”

“They wouldn’t have won the war, would they?” added the 70-year-old actor. “That’s me talking like a grumpy old man, but you just think, ‘Oh, get over yourself. Wise up, stand up straight and carry on.”

Coltrane maintained that he didn’t want to “get involved in all of that because of all the hate mail and all that s---, which I don’t need at my time of life.”

Rowling's comments prompted some "Harry Potter" stars to speak out. Rupert Grint, who played Ron Weasley, previously said in a statement obtained by Fox News, "I firmly stand with the trans community and echo the sentiments expressed by many of my peers. Trans women are women. Trans men are men. We should all be entitled to live with love and without judgment."

Daniel Radcliffe, who played the titular character, and Emma Watson, who played Hermoine Granger, also expressed their support for the transgender community.

Rowling's latest book, “Troubled Blood,” has since come under fire in early reviews by critics. Some voiced that the storyline – which centers around a detective who is hunting down a cis male serial killer who dresses up like a woman to murder other women – perpetuate stereotypes about trans people being violent and unstable when, in fact, studies have shown that trans people are common victims of harassment and murder.

In his review in The Telegraph on Sunday, Jake Kerridge wrote, "One wonders what critics of Rowling’s stance on trans issues will make of a book whose moral seems to be: never trust a man in a dress."

The book's plot called the villain “a transvestite serial killer" which is different than transgender. Transvestite is considered a derogatory term for cross-dressing, while transgender is "a term used to describe people whose gender identity differs from the sex they were assigned at birth," according to GLAAD.