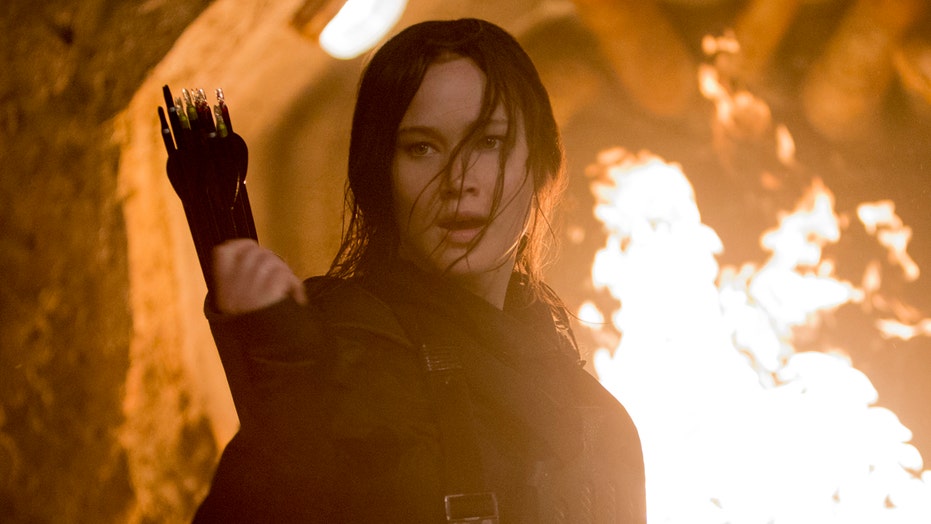 “Part 2” picks up immediately where “Part 1” left off, as if the first movie was paused mid-scene for a year-long bathroom break. Peeta (Josh Hutcherson) has been brainwashed by President Snow (Donald Sutherland) to detest and vow to kill Katniss. Discarding her symbol of the rebellion and fueled by vengeance, Katniss (Jennifer Lawrence) takes it upon herself to travel to the Capitol to assassinate the president for his crimes against Panem. Snow, though, eagerly awaits her arrival with an arsenal of deadly “games.”

Pardon the hyperbole, but this movie might be the most violent young-adult movie ever made. While all of the previous “Hunger Games” films are violent, “Mockingjay, Part 2” pushes PG-13 boundaries. The first film certainly drew its fair share of criticism for depicting children killing children, but this film, which primarily takes place in a war zone, shows very young children being murdered. Depicting the horrors of war is the obvious rationale behind this but it's too gruesome even by “Hunger Games” standards. With the recent terror attacks fresh in everyone’s minds, stomachs and hearts might be too sensitive for some of the scenes here.

Once again, Jennifer Lawrence rules the day. “The Hunger Games” – and Lionsgate - owes much of its success to Lawrence. Her Katniss is exceptional. Never before as a young female character been so well developed and executed and Lawrence’s unbridled talent is so much more than what these movies are worth. Her subtle but commanding performance, especially here in “Mockingjay, Part 2,” carries the entire weight of the movie and helps solidify this as a satisfying movie franchise.

Director Francis Lawrence has proven to be one of the more impressive action directors working today. Francis is smart to use the ferocious action scenes to augment and compliment the quieter character moments, which actually are the primary focus. Not only does he pull sensitive and dynamic performances from his actors, but he also fashions incredible edge-of-your-seat - and sometimes frightening - action set pieces. One lengthy and suspenseful sequence in the tunnels beneath the Capitol as unseen beasts stalk Katniss and company is almost as good as anything James Cameron produced in "Aliens."

Splitting “Mockingjay” into two films is greedy and has done more harm than good. The momentum is completely lost as are the emotional connections to some of the minor characters. Once these minor characters start meeting their fates and Katniss takes her frequent breaks for an emotional meltdown, there is little tethering the audience to the character, thus preventing the desired emotional effect. Keeping the story as a single film would have surely created a stronger, more emotional punch. Unfortunately that’s lost here. Combined, parts one and two make a five hour movie. Is that necessary? Not even David Lean made five hour movies. Splitting self-contained finales into two parts has to stop. “Harry Potter” did it. “Twilight”, too. Even “Breaking Bad” and “Mad Men” suffered this pitiful fate. It’s terrible storytelling.

The supporting cast is once again wonderful. Newly crowned Oscar-winner Julianne Moore is finally pitted against Oscar-winner JLaw in opposing views of how to save Panem. The entire film is deadly serious, but Donald Sutherland adds a slight bit of camp to his diabolical villain, President Snow. As the battle between Katniss and Snow comes to a close, Sutherland really finds his groove, perhaps knowing that this performance, more than anything he’s done in his successful five decade career, will be his lasting legacy.

Sadly this is Philip Seymour Hoffman’s final performance. He died with only a few days left of shooting so his swan song here is incredibly bittersweet. He will be sorely missed.

It took four movies but it feels as if James Newton Howard’s score was finally allowed some room to breathe. He weaves themes he developed over the series into the most dramatic and propulsive action score of the franchise. It’s too bad that the chart-placing “Hanging Tree” melody he composed for “Mockingjay, Part 1” isn’t featured more often since it’s the composer’s best piece in years.

The entire “Hunger Games” franchise should be looked upon positively in how to create a film series. Unlike the “Harry Potter” films, “The Hunger Games” is consistent in tone (though a cold one), photography, and talent. There's something to be said about telling an epic story that still feels focused and intimate.

But with that said, please – please - let this close the book on the Young Adult dystopia era.