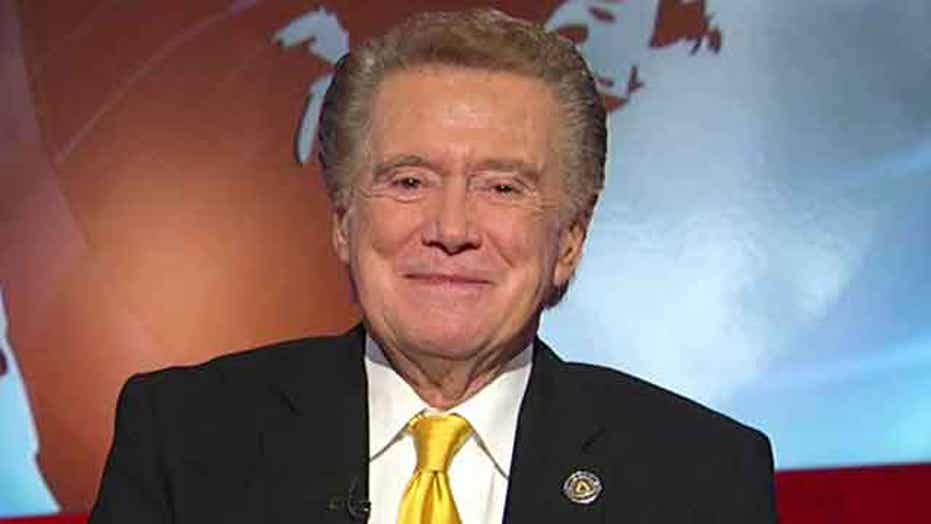 Regis Philbin said he is going back to his roots with his new gig as host of a sport show on Fox Sports 1.

“I never anticipated going back to sports,” Philbin told Fox News. “The very first job I did was in San Diego, California, doing a little sports for the news.”

Fox’s 24 hour sports channel is set to debut this summer. Philbin said he was excited to be part of the new venture.

He said during his days on “Live” he would discuss sports from time to time, but his co-hosts Kathie Lee Gifford and Kelly Ripa, didn’t enjoy his sports talk.

“The women I worked with went, ‘oh not again,’” he said. “But I couldn’t help, but talk about it because I really loved it. So anyway this is right down my alley.”

He said his new show will include a panel of people, and they will likely have celebrity guest on the series.

“We’re going to have some fun in addition to the sports,” he said.

Philbin said his new show will premiere on Fox Sports 1 on Aug. 19.