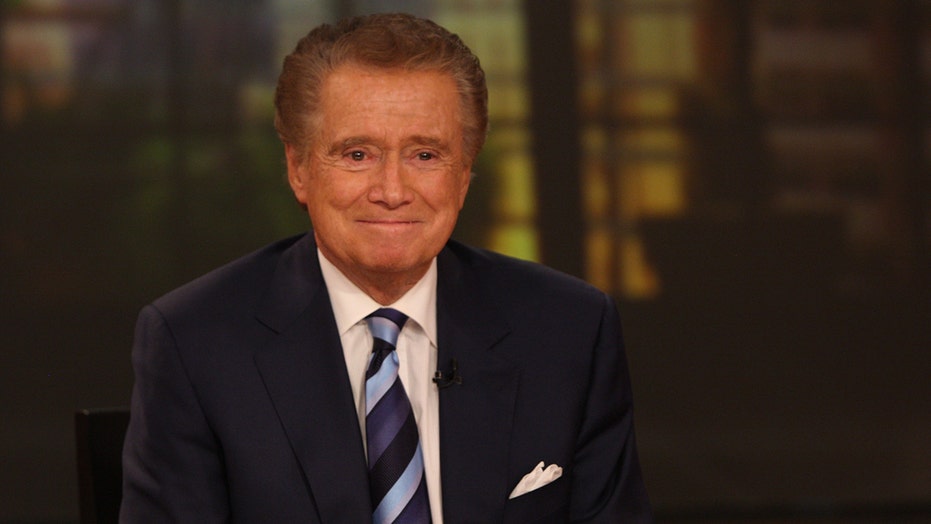 Regis Philbin was buried at the University of Notre Dame, his alma mater, on Wednesday.

A school spokesperson confirmed that he was laid to rest at Cedar Grove Cemetery on the northern Indiana Catholic school's campus after a private service at the school's Basilica of the Sacred Heart.

The iconic television host died last week at the age of 88 from heart failure.

“The Philbin family wanted to bring Regis back to the place he loved so much for a private funeral and burial. That occurred on Wednesday, and he is now resting in peace at Notre Dame," school spokesman Dennis Brown said in an email.

The genial television host and personality graduated from Notre Dame in 1953 and was an enthusiastic alum, often returning to the South Bend campus for football games, pep rallies, banquets, concerts and other events, the South Bend Tribune reported.

In 2001, he gave $2.75 million to the school to create the Philbin Studio Theatre, meant for laboratory and performance-arts productions, at its DeBartolo Performing Arts Center.

REGIS PHILBIN'S FAMILY 'OVERWHELMED' BY LOVE AFTER HIS DEATH, ASKS FOR DONATIONS TO HELP NEW YORKERS IN NEED

School president the Rev. John Jenkins praised Philbin for his commitment to the school in a statement this week, saying that “Regis regaled millions on air through the years, oftentimes sharing a passionate love for his alma mater with viewers.”

Regis Philbin and wife Joy Philbin during Regis Philbin Honored with a Star on the Hollywood Walk of Fame for His Achievements in Television at Hollywood Boulevard in Hollywood, California, United States. (Steve Grayson/WireImage)

His family told Fox News in a statement, "Regis was laid to rest at his beloved Notre Dame, following a private ceremony on Wednesday. Again, our family would like to thank everyone for the incredible love and support you’ve given us and for the hilarious tributes and touching memories you’ve shared. If you’d like to honor Regis, we again kindly ask that you make a donation either to www.foodbanknyc.org or to the Center for the Homeless in South Bend (www.cfh.net)."

Phibin died of natural causes on July 24, just over a month before his 89th birthday. He retired in 2011 following a long television career that included hosting the syndicated morning shows “Live! with Regis and Kathie Lee” from 1985-2000 — with co-host Kathie Lee Gifford — and “Live! with Regis and Kelly”— with Kelly Ripa — from 2001 until his retirement.

He also later hosted the game show “Who Wants to Be a Millionaire.”