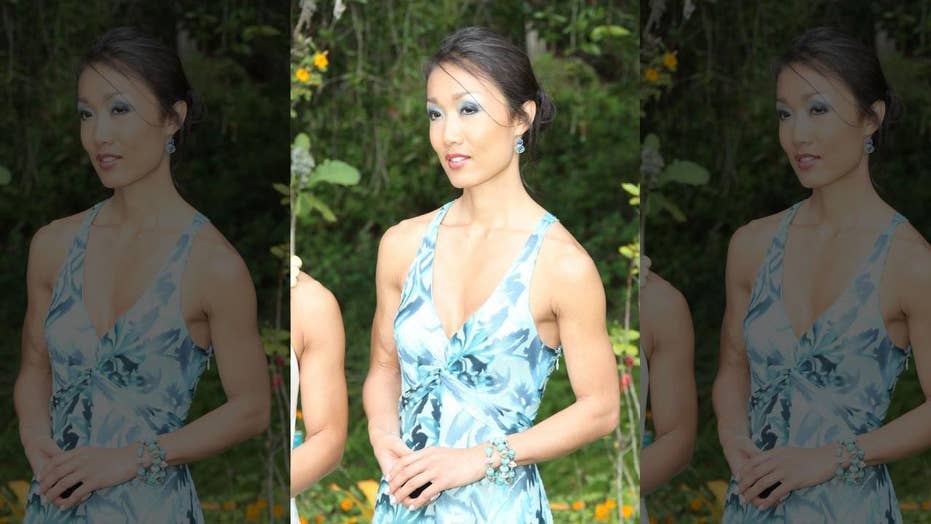 New shows examine the grisly death of Rebecca Zahau as her family claims that her death was not a suicide.

Doug Loehner, the brother-in-law of Rebecca Zahau, is still stunned that investigators believed she killed herself.

On July 13, 2011, the 32-year-old was found naked, gagged and with rope around her wrists and ankles at her millionaire boyfriend’s California mansion. San Diego County authorities concluded the certified ophthalmic technician took her own life. A second review in December 2018 arrived at the same conclusion.

The woman’s life and grisly demise is the subject of a new two-hour documentary on Investigation Discovery (ID) titled “Rebecca Zahau: An ID Murder Mystery,” which features new interviews with family members, investigators and law enforcement officers who worked on the case.

“We want Becky’s name out there,” Loehner, a detective at Missouri's St. Joseph Police Department nearing his retirement, told Fox News about his involvement with the show. “We want to apply more pressure to the sheriff’s office to do the right thing. I hope there’s public awareness. I would love to see what these detectives are seeing. I’m certainly not seeing what they’re looking at. I’m truly not. The only thing I can see is that there’s homicide written all over the place… Becky was killed. You can’t treat people this way.”

Zahau, who was dating pharmaceutical executive Jonah Shacknai, was discovered after she allegedly became distraught over a voicemail she received concerning the grim prognosis of his 6-year-old son Max. Zahau was the only adult known to have been present when the child suffered brain injuries in a fall from a staircase in the home.

Max passed away several days after Zahau and his death was ruled accidental.

“She always talked about him,” Loehner recalled. “Took him to soccer games. The way she would describe Max playing soccer was like hearing it from a mom’s perspective, as opposed to a girlfriend. She would take him to school, pick him up from school. If he had any kind of special events, she was there as far as I know. She took him everywhere. She would have done anything for Max. Becky you know, she did her own thing. She was a free spirit. But there was just something about Max. Max really just grabbed her heart.”

Shacknai’s brother, Adam Shacknai, from Memphis, Tenn., had come to California after his nephew was injured and was staying in the mansion’s guesthouse. It was Adam who reported finding Zahau’s body hanging from a balcony in the Coronado home. Shacknai himself wasn't home at the time.

“When Jonah called me and said she killed herself, I didn’t believe it," Loehner said. "There’s just no way. She wouldn’t…. But Jonah told me she hung herself. That was it. But no one called [myself or her sister Mary]. The only person I talked to at the time was Jonah."

Loehner claimed he had no idea who Adam was until that fateful day.

According to investigators, Zahau loosely bound her wrists, took one arm out and put both arms behind her back before tightening the noose. They said footprints on the dusty balcony and DNA on a knife, rope and bedposts helped them reach the conclusion.

Zahau’s family would go on to file a wrongful death lawsuit that alleged an enraged Adam sexually assaulted the woman, strangled her and then staged her death to look like a suicide. In the documentary, audiences will get to see Adam’s polygraph test for themselves.

“These investigators, they’re telling us Adam passed the polygraph test in record time, in flying colors,” said Loehner. “They repeated this over and over again, how there couldn’t have a been a problem with Adam. [But] he did not pass the polygraph…. It was inconclusive. Why would you make the family believe something that just isn’t there? We just want the truth.”

In April 2018, a jury voted that Adam was liable for the death and must pay Zahau’s family $5 million for the tragic loss. He was also ordered to pay an additional $167G for the loss of financial support she would have provided her mother and siblings.

“That’s a day I’ll never forget,” said Loehner. “It was a tense moment. I’m sitting in the back of the courtroom. The jury comes in and there’s a verdict. My heart’s racing. We’re all nervous. Our attorneys said it’s not good, they came back early. That’s usually a bad thing. When you hear that from your attorney, oh God, your heart is just going 100 miles an hour. It’s sinking out of your body. Then the judge reads the verdict. She’s got a good poker face because I had no idea what it said. The clerk then starts to read it. And you know that teacher from Charlie Brown? That’s exactly what I heard when they read that part of the verdict.”

Adam Shacknai was staying in the guest house of the mansion where Zahau's body was found. (Nelvin C. Cepeda/The San Diego Union-Tribune via AP)

“Then I heard this big loud yes,” continued Loehner. “The guy sitting next to me is friends with our attorney. He’s just got this big smile on his face… The mood of the whole room shifted. On Adam’s side, where he had a whole army of attorneys and had exchanged high-fives before, had a switch of emotions. They all got their heads hung low. It was all extremely emotional.”

At the time, San Diego County sheriff’s officials said they stood by the original investigation but were willing to review any new evidence that came out of the civil trial. Adam has adamantly denied killing Zahau. People magazine shared the sheriff’s department has long maintained Zahau killed herself because she felt responsible for Max’s accident.

“We conducted an objective and thorough investigation into Miss Zahau’s death,” the sheriff’s department wrote in a statement to the publication. “The facts of that investigation have led to the conclusion that Miss Zahau took her own life.”

The outlet also shared Adam’s attorney, Seth Weisburst, said his client had nothing to do with Zahau’s death and was blindsided by the allegations against him. Weisburst said it was Adam who quickly flew to be by his family’s side after Max’s accident and called 911 after discovering Zahau’s body. Adam also reportedly tried to administer CPR.

In February of this year, the San Diego Union-Tribune reported Zahau’s family had reached a settlement that dismisses a lawsuit and wipes out a $5.1 million jury award. The settlement was made with his insurer but other details weren’t disclosed.

View of Jonah Shacknai's home in Coronado, Calif., on Oct. 25, 2011. His girlfriend Rebecca Zahau's body was found nude and bound July 13 at the oceanfront Spreckels mansion. (Photo by Sandy Huffaker/Corbis via Getty Images)

According to the outlet, Adam, who had planned to appeal the jury verdict, said the settlement took him by surprise and was made by his insurance company.

Zahau’s family attorney, C. Keith Greer, also told People magazine the family is now considering whether to file legal action against the San Diego County Sheriff. Greer also told the outlet he is preparing to petition the medical examiner’s office to change the cause of death from suicide to homicide.

Loehner said he wants justice for Zahau. But he also wants the world to remember her for the person that she was.

“When you met her, you knew you would always remember her,” he said. “It’s just her. Her attitude. She projected that.”

"Rebecca Zahau: An ID Murder Mystery" airs May 27 at 9 p.m. on ID. The Associated Press contributed to this report.