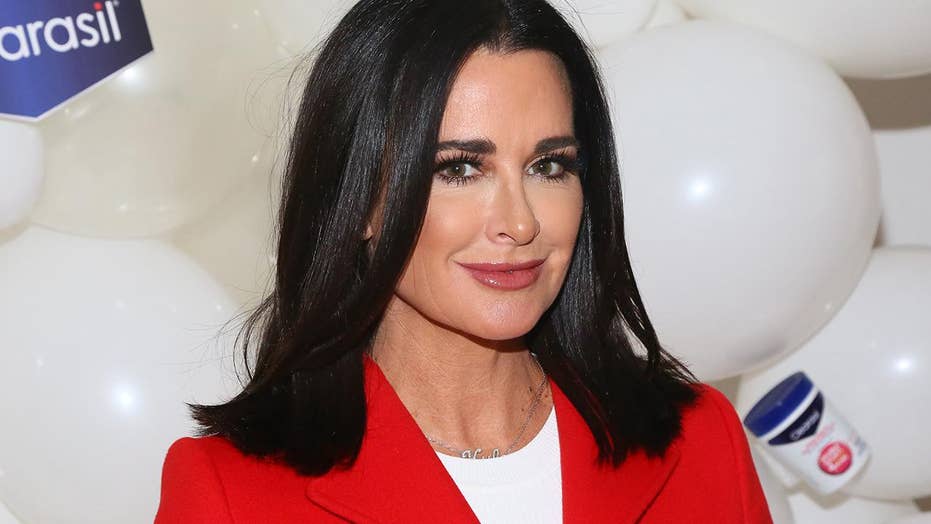 'Real Housewives of Beverly Hills star Kyle Richards opens up about the pressure to look good and what it's like to age on camera.

Richards revealed the personal information while responding to a Twitter user’s post criticizing the reality star for her response to costar Lisa Vanderpump during the Season 9 premiere of the Bravo series.

“The fact that @KyleRichards first response when LVP started crying was ‘I have s—t going on in my life too!’ just shows her true colors,” a viewer tweeted Tuesday.

Richards tweeted back an apology and explained her reaction.

“I shouldn’t have said that. I was referring to the fact that I was dealing with crippling anxiety & had to start taking medication for it. NOTHING compared to what Lisa went through,” Richards tweeted in response in reference to the death of Vanderpump’s brother Mark last April.

Richards also explained in a Bravo blog post that her anxiety was “through the roof” when the season premiere was being filmed.

“Teddi comes to visit me at my new home (which I am finally settling into) to workout. We immediately start to laugh about everything. That’s what we do. Yes, of course, I think I’m dying again. I laugh about it, but the truth is my anxiety was through the roof during this time,” Richards wrote in the post.

“My daughter Sophia was leaving home for the first time for college in a couple of weeks. If you know me by now, that is very difficult for me. I don’t do well with my children leaving the nest,” the reality star added. “On top of that, my one eye wasn’t opening all the way, and I had yet to figure out what it was. STAY AWAY FROM WEB MD!”