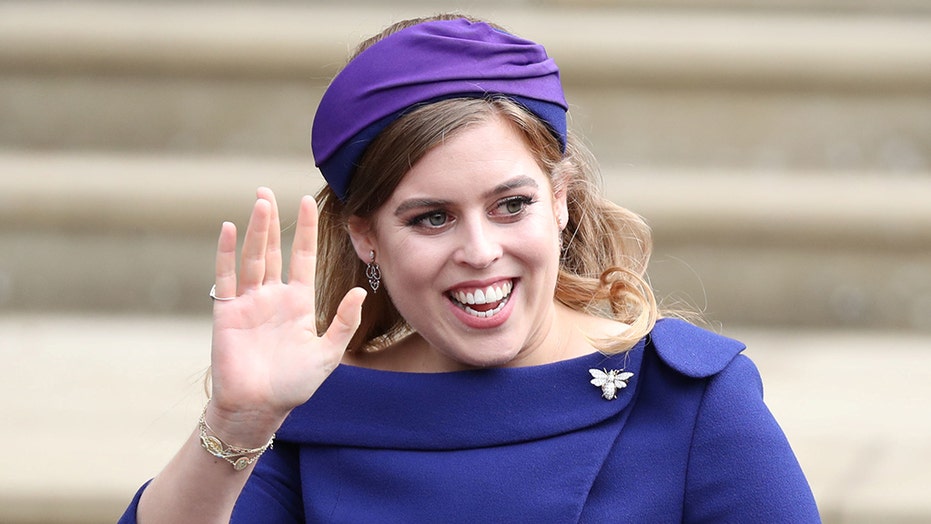 Princess Beatrice made her first appearance following the cancellation of her May wedding reception to spread awareness for an organization providing relief amid the coronavirus pandemic.

The 31-year-old daughter of Prince Andrew and Sarah Ferguson, Duchess of York, appeared in an online video posted to the Arkell Dyslexia organization's Twitter page on Wednesday.

"This is an incredibly challenging time for the world and the United Kingdom. As patron of the Helen Arkell Dyslexia charity, I just wanted to send this message to say that the Helen Arkell charity is open for business," the princess shared with viewers.

The British royal's message continues: "Yes, they are doing things online at the moment rather than face-to-face but their incredible team of specialists is here to help whenever you need them. Whether that is online courses, tuition sessions, or the online helpline, please get in touch. I would encourage you to look at their website and see what's available to you."

The Helen Arkell charity aims to remove "barriers to learning and life" for those with dyslexia, according to its website.

Beatrice's announcement serves as the first time she's been seen since it was reported that her and fiancé Edoardo Mapelli Mozzi's nuptial reception would not be taking place on its originally scheduled date of May 29.

The couple is still reviewing their plans for the ceremony, which was set to take place at St. James Palace in London. The couple may instead opt for a "private marriage" that "might take place amongst a small group of family and friends," while the lavish reception at her grandmother Queen Elizabeth’s garden at Buckingham Palace was nixed entirely as the world around them endures through the novel coronavirus pandemic.

MEGHAN MARKLE, PALACE AIDES HAD A ‘CLASH OF CULTURES’ OVER HER HOLLYWOOD PAST, ROYAL EXPERT CLAIMS

"Princess Beatrice and Mr. Mapelli Mozzi are very much looking forward to getting married but are equally aware of the need to avoid undertaking any unnecessary risks in the current circumstances," a spokesperson for the couple previously told Fox News. "In line with government advice for the UK and beyond, the couple are reviewing their arrangements for 29th May.

Prince Andrew, Duke of York sits next to his daughter Princess Beatrice during the Trooping the Colour ceremony on June 16, 2007 in London. (Getty)

"They are particularly conscious of government advice in relation to both the wellbeing of older family members and large gatherings of people," the spokesman continued. "Therefore, the planned reception in the Buckingham Palace Gardens will not take place. The couple will carefully consider government advice before deciding whether a private marriage might take place amongst a small group of family and friends."

The couple’s decision came after the U.K. government extended the nationwide lockdown for an additional three weeks.

According to reports, Beatrice's big day had already been rescheduled twice due to Prince Andrew’s public scandal regarding his ties to late sex offender Jeffrey Epstein.