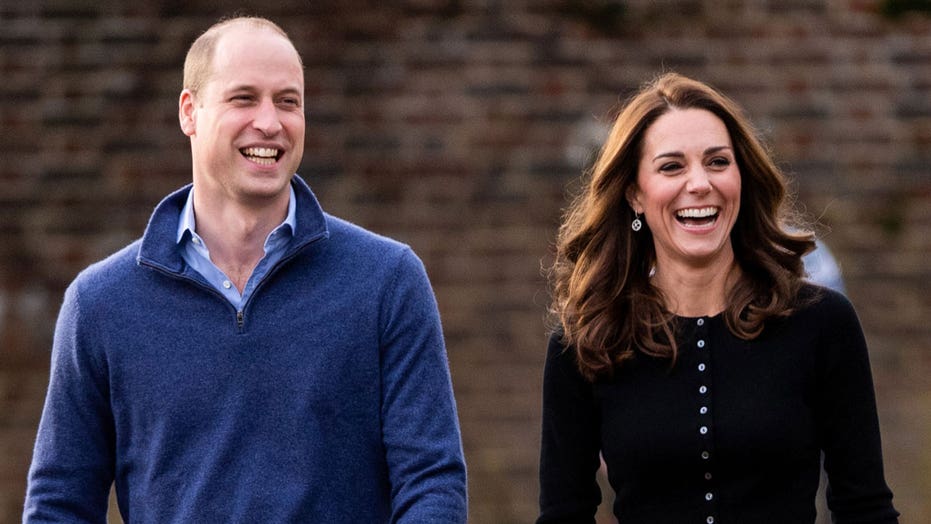 Kate Middleton and Prince William enjoyed their first full day of their Caribbean tour with a visit to a cacao farm in Belize on Sunday.

Their visit replaced another planned outing to a different cacao farm, which was canceled on Friday after villagers protested the royal’s arrival.

According to local reports, a protest was staged on Friday opposing the royal visit to Akte ’il Ha cacao farm in Indian Creek village in the foothills of the Maya Mountains. Belize news outlet Channel 7 reported that there was a dispute between village residents and Flora and Fauna International, a conservation charity William supports as patron.

Kate Middleton and Prince William enjoyed their first full day of their Caribbean tour with a visit to a cacao farm in Belize on Sunday. (Photo by Mark Cuthbert/UK Press via Getty Images)

The royal couple’s Kensington Palace office said in a statement to Fox News Digital that "due to sensitive issues involving the community in Indian Creek, the visit has been moved to a different location."

Kate and Prince William moved their visit to the family-run Che'il Mayan Cacao Farm and Chocolate Factory in Maya Center Village. The couple were seen learning firsthand how they turned raw cacao into their Mayan chocolate.

The royal couple made an update via their joint Twitter account on Sunday morning and said, "Good morning! We’re looking forward to our first full day in Belize," adding the Belize flag.

After their stop at the Mayan chocolate factory, Middleton and Prince William made their way to the beaches of Belize. They specifically visited the village of Hopkins, which is known as the cultural center of the Garifuna community in Belize.

The Duke and Duchess were warmly welcomed with demonstrations of native Garifuna culture, including dances and music.

The final item on their Sunday agenda, which was shared via Twitter, is to learn more about Belize’s marine conservation efforts and their incredible marine life.

Their visit replaced another planned outing to a different cacao farm, which was canceled on Friday after villagers protested the royal’s arrival.

The couple also are due to visit Jamaica, where they are due to celebrate the legacy of Bob Marley and island’s rich musical and sporting heritage. They will end the trip in the Bahamas, where they'll compete in a sailing regatta in honor of the queen’s Platinum Jubilee.

The trip, taken at the behest of William’s grandmother Queen Elizabeth II, is intended to strengthen the U.K.’s ties with Commonwealth countries as the queen marks 70 years on the throne.

Although the queen is highly regarded across the region, Britain is accused by many of — at best — a callous attitude towards its former colonies. That feeling has been heightened by the U.K.’s treatment of many Caribbean immigrants who came to Britain after World War II, helping to rebuild a war-shattered country.

In recent years, some people from the Caribbean who had lived legally in Britain for decades were denied housing, jobs or medical treatment, and in some cases deported, because they didn't have paperwork to prove their status. The British government has apologized and agreed to pay compensation, but the scandal has caused deep anger, both in the U.K. and in the Caribbean.

Fox News’ Melissa Roberto and The Associated Press contributed to this report.