Prince Harry has lost his battle with U.K. newspaper Mail on Sunday -- a dispute that began last year when the Duke of Sussex posted an Instagram photo that the paper claimed intentionally misled his millions of followers.

In a ruling published this week on its website, the Independent Press Standards Organization sided with the newspaper.

"The complaint was not upheld," the conclusion read.

The Instagram drama began when the Duke of Sussex posted a series of photos in April 2019 in honor of Earth Day, showing an elephant, lion and rhino, according to reports. After posting the photos, the Mail on Sunday published an article claiming Harry's photos "don't quite tell the full story."

The publication reported that Prince Harry "notably avoided explaining the circumstances in which the images were taken," which included that all three of the animals were "tranquilized" and the elephant was "tethered."

MEGHAN MARKLE IS LOOKING FOR AN AGENT OR MANAGER TO GET HER BACK INTO ACTING: REPORT

Prince Harry lost a complaint against the Mail on Sunday weeks after he and Meghan Markle announced they were stepping back from being senior members of the royal family.  (AP Photo/Kirsty Wigglesworth)

The paper also alleged that Prince Harry's photos did not show a rope around the elephant's legs due to how it was edited.

Harry, 35, took action by filing a complaint with the IPSO, arguing that it breached a clause of accuracy. In his complaint, Harry claimed the paper was "inaccurate" and "intentionally misled the public to give the impression that he was a superior wildlife photographer who had captured the images in dangerous circumstances," the IPSO explained in its ruling.

Harry argued he had not misled the public because an uncropped version of the same photo existed on the Royal Family website. Additionally, Harry argued he provided a link to the organization that conducts conservation work, which featured a video and explanation of the tranquilizing and tethering process of animals.

The IPSO concluded that Harry did not make it clear "from the images themselves that the animals had been tranquilized and tethered." It also ruled that Harry's caption "did not make the position clear or that the images had previously been published, unedited, in 2016" on the Royal Family's website. 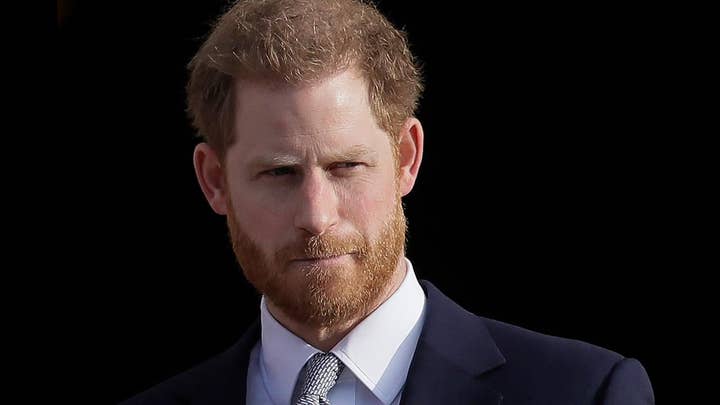 The ruling also stated that the IPSO did not find it "necessary" for the newspaper to contact Prince Harry for a comment on the story.

The ruling comes five months after the IPSO first received the complaint from the Duke of Sussex and just weeks after he and Markle announced their decision to "step back" as senior members of the royal family.