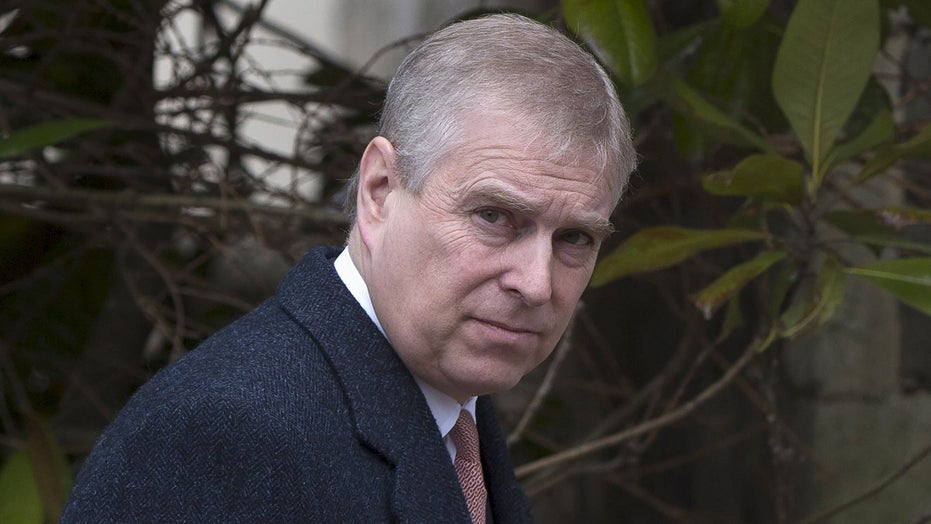 Prince Andrew and his ex-wife, Sarah Ferguson, reunited to create care packages for a local hospice center in England amid the coronavirus pandemic.

The reunion marks the first time the Duke of York was spotted in public in weeks since his alleged ties to Jeffrey Epstein's sex trafficking scandal led him to formally relinquish his official royal duties.

The Duke and Duchess of York, both 60, were photographed side-by-side as they put together care packages ahead of the Easter holiday. The photos were shared by Antonia Marshall, Ferguson's assistant, on Instagram.

"@sarahferguson15 and @hrhthedukeofyork packing all the care packages for #thameshospice in Windsor today. The York Family are a wonderful and steadfast unit and through this crisis, are continously helping others. So proud of them all," Marshall captioned the post.

In the photos, Andrew stands alongside his former wife as they package cupcakes decorated with the words "Thank you" on them into small pink bags. The packages also appear to include bottles of lotion and baked goods wrapped in cellophane and colorful bows.

Other shots include the Duke of York carrying a box containing dozens of care packages as he pays the hospice center a visit to deliver them.

He appears relaxed and in good spirits when joined by hospice workers outside of the facility in Windsor. He was casually dressed in black pants and a burgundy shirt for the occasion.

Queen Elizabeth II's son was previously spotted alongside his mother at a church service in Norfolk in January.

He also attended a memorial service for Sir Malcolm Ross in Windsor last month, although his attendance was not included in the royal family's official record of events known as the Court Circular, according to the Daily Mail.

In late 2019, Epstein accuser Virginia Giuffre did a BBC interview in which she described being trafficked to London in 2001. She told the outlet Epstein and his girlfriend, Ghislaine Maxwell, took her to a club where she met Prince Andrew.

Giuffre claims she was forced to have sex with Andrew on three occasions nearly 20 years ago, when she was 17.

Both Andrew and Buckingham Palace have denied Giuffre's allegations on multiple occasions. The palace said in December it "emphatically denied that the Duke of York had any form of sexual contact or relationship with Virginia Roberts. Any claim to the contrary is false and without foundation.”