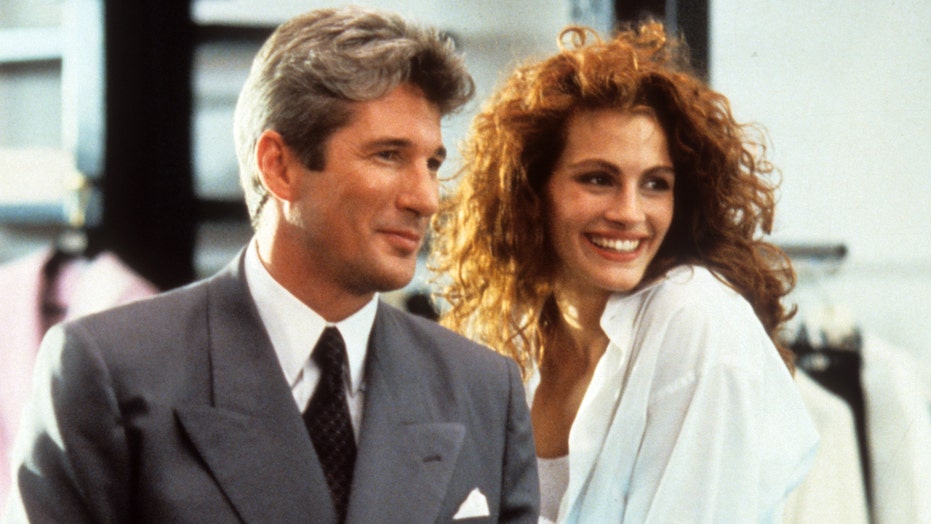 It's been 30 years since the world was introduced to "Pretty Woman," and fans have been in love with Vivian Ward ever since.

Thirty years after the picture's release, here's a look back at the heartwarming tale of a prostitute and her unsuspecting beau:

'Pretty Woman' was released in 1990. (Photo by Buena Vista/Getty Images)

The film kicks off with Gere's Edward, a New York corporate raider, asking his girlfriend to escort him on a business trip. Feeling taken advantage of, she declines and breaks up with him.

After getting dumped -- over the phone, no less -- Edward heads to Los Angeles for his trip and ventures into Hollywood's red-light district, coming across Roberts' Vivian Ward.

After some flirtation, Edward offers to hire Vivian for the night.

The next morning, Edward offers Vivian $3,000 and a wardrobe overhaul to stay with him for a week, taking the place of his ex-girlfriend. That evening, feelings begin to stir when Edward sees Vivian dressed up for a business dinner.

The next day, the two attend a polo match that doubles as a networking opportunity for Edward. He's forced to reveal how he met Vivian to his slightly-paranoid attorney, which angers Vivian.

Edward then takes Vivian to the opera, where they watch a moving story of a prostitute who falls in love with a rich man. The two confess they have feelings for each other.

Julia Roberts was nominated for an Oscar and won a Golden Globe for her performance in 'Pretty Woman.' (Photo by Buena Vista/Getty Images)

The next morning, Edward has a meeting with a man whose company he's supposed to buy out, but he has a change of heart and suggests they work together to save the company, losing himself and his attorney, Phil, a lot of money.

Furious, Phil heads to Edward's hotel room, but only Vivian is there. He attempts to rape her, but Edward arrives just in time and throws his attorney out.

The pair goes their separate ways, but on the way to the airport, Edward decides to head to Vivian's apartment. When he arrives, he scales her fire escape, conquering a deep-seated fear of heights, wooing Vivian and leading to a passionate kiss.