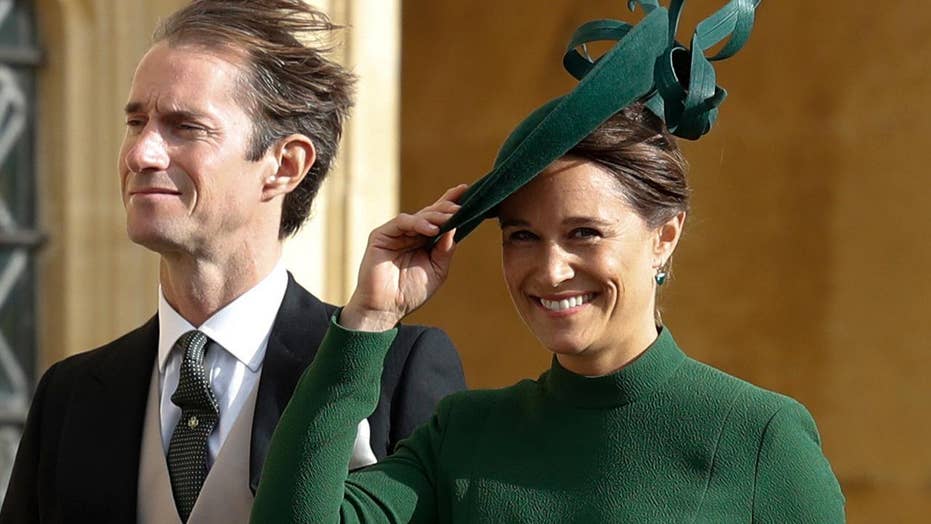 Pippa Middleton is a mom

A rep for Pippa revealed that the British socialite gave birth to a baby boy weighing 8 lbs. 9 oz. on Monday.

"Everyone is delighted and mother and baby are doing well," the rep told us.

A Kensington Palace spokesperson also told Fox News, "The Duke and Duchess of Cambridge are thrilled for Pippa and James."

The news comes just days after the 35-year-old attended the wedding of Princess Eugenie and James Brooksbank on Friday at Windsor Castle.

Pippa is the younger sister of Kate Middleton, the Duchess of Cambridge, who is married to Prince William. William and Kate, 36, are parents to Prince George, 5, Princess Charlotte, 3, and Prince Louis, 5 months.

Prince George and Princess Charlotte arrive for the wedding of Princess Eugenie of York and Jack Brooksbank. (AP)

Pippa and James, 41, married May 20, 2017, at St. Mark’s Church in Englefield. She confirmed her pregnancy in a June column for the U.K. supermarket monthly magazine Waitrose Kitchen saying that she did not suffer from severe morning sickness like her sister, Kate.

"I was lucky to pass the 12-week scan without suffering from morning sickness. That meant I was able to carry on as normal," she wrote at the time.