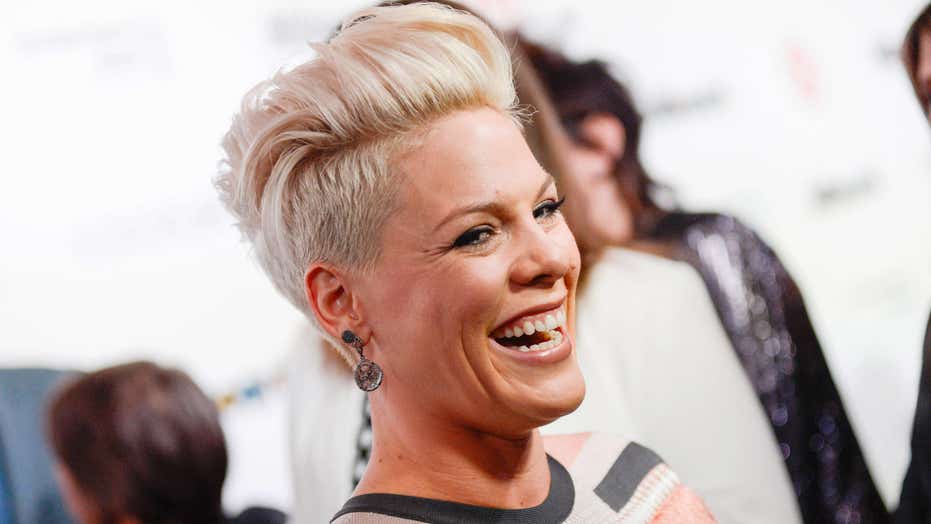 Pink opened up about her experience shooting her first-ever music video, and it may not be what you expected.

Pink's first single, "There You Go," debuted in 2000, and the video featured her riding a motorcycle.

"My first video. I think this is the prettiest I've ever looked and will ever look," the 40-year-old singer told Billboard. "I think I was 19 when I shot this video. I'd just started riding motorcycles. I almost crashed 85 times."

That wasn't the only trouble that Pink got herself into during the shoot.

"I smoked a lot of weed, too, and [director] Dave Meyers kept coming up to me and saying, 'Can you wait to smoke that next blunt before the beauty shot?'" she continued. "I was like, 'What do you mean?' He was like, 'I really want you to be able to open your eyes.' I was like, 'My eyes are open.'"

She also spoke about her famously acrobatic 2010 Grammy performance, in which she performed "Glitter in the Air."

"I can't believe they let me do that. They let me do a song that wasn't a single, that no one ever heard before," she says. "They let me fly 100 feet in the air, with no harness, with water. It was so much fun."

Although she's now become known for her gravity-defying performances, her first time doing one made her a little anxious.

"I remember being so nervous to walk in this white gown. I couldn't walk in a straight line. I'm pretty sure in the first verse I almost fell over twice," she adds. "That was awesome. And LL Cool J looked at my butt. But so did Rihanna. It was a good butt."

Finally, she dished on her experience performing the national anthem at the Super Bowl, which she did despite being sick.

"I wanted to die that day. I still can't believe sound came out of my mouth when I opened it. I had the flu," she recalls. "I had planned this Super Bowl experience for my whole family, 'cause the Eagles were playing and we're from Philly. By the time my whole family came, I was laying on the couch dying with the actual flu. And I couldn't believe it."