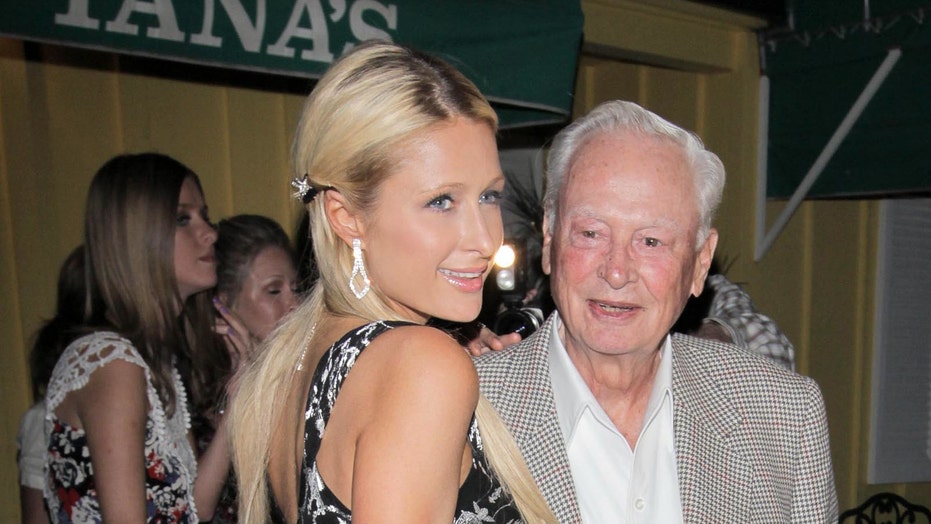 Paris Hilton is mourning the loss of her grandfather Barron Hilton.

During an appearance on "The Talk" on Wednesday, the 38-year-old socialite spoke about the hotelier's death. Barron -- a businessman, philanthropist, and former president and CEO of Hilton Hotels Corporation -- died on Sept. 19 at 91, as confirmed by a statement made by the Hilton family's foundation.

"I'm obviously heartbroken," Paris told the talk show's co-hosts. "We were so close. But I'm grateful that I got to see him and say goodbye to him, and just say what an impact he had on my life. He's always been my hero and my mentor, and such a legend."

She went on to say he helped shape her as the business mogul she's become.

"I don't think I would be the businesswoman I am today if I didn't learn that from him, and the importance of doing something on my own," Paris said. "So I am going to continue living on with his legacy. And I know he's up in heaven with my grandmother, and I just love him so much."

Paris honored Barron on social media last week, writing: “I am deeply saddened by the loss of my grandfather Barron Hilton. He was a Legend, a visionary, brilliant, handsome, kind and lived a life full of accomplishment and adventure.”

“Ever since I was a little girl I have looked up to him as a businessman,” she continued. “I feel so grateful to have had such an incredible mentor. I always wanted to make him proud. The last conversation we had a few days ago I told him how much of an impact he had on my life. His spirit, heart and legacy will live on in me.”

Paris Hilton is seen here with her grandfather, Baron Hilton, in 2010. (Photo by Philip Ramey/Corbis via Getty Images)