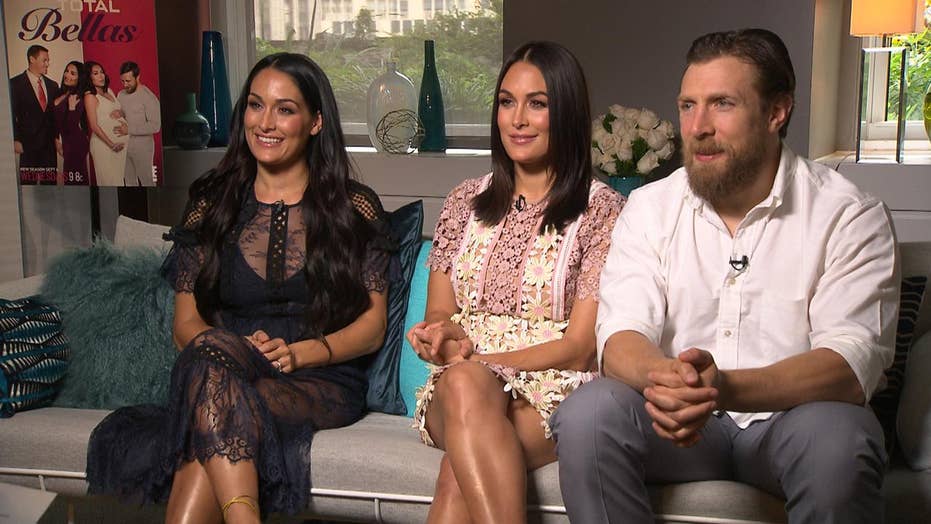 Nikki Bella is having a very hard time finding love after breaking up with pro wrestler John Cena.

Wrestling fans may remember the moment when John Cena proposed to Nikki Bella in front of a sold-out crowd of 75,000 fans at WrestleMania 33 in Orlando, Fla. However, a year later, Nikki announced that her relationship with Cena had come to an end.

The breakup came as a shock to both reality TV and wrestling fans, as their relationship was front and center whenever they were featured on “Total Divas,” “Total Bellas” and WWE programming.

Ever since returning to the dating game, Nikki has been struggling to find the right man.

In an interview with Busy Philipps for "Busy Tonight," Nikki recalls the “awkward” first date she had with “Bachelorette” star Peter Kraus.

“That was like, my first date in six or seven years,” Nikki recalls as twin sister Brie watches on. “It was so awkward, and I totally got drunk.”

Nikki cited the pressure of being filmed for “Total Bellas” as a primary source for her awkward behavior.

“I didn’t even really want to flirt because it just was so awkward,” she recalled. Twin sister Brie immediately retorted, “No but you flirted because I watched the tape back… It was really bad.”

Nikki goes on to jokingly express disgust at how “The Bachelorette” is run, saying: “I don’t know how they do that, and they kiss, like, everyone… How do they not spread germs?”

Germaphobia aside, we won’t know how the date actually went until the footage finally airs. Until then, fans can relive Nikki’s date with “Dancing with the Stars” partner Artem Chigvintsev, which aired on an episode of “Total Bellas.” Nikki has also expressed vocal interest in dating actor Taye Diggs, whom she describes as “hot” and “super sexy.”