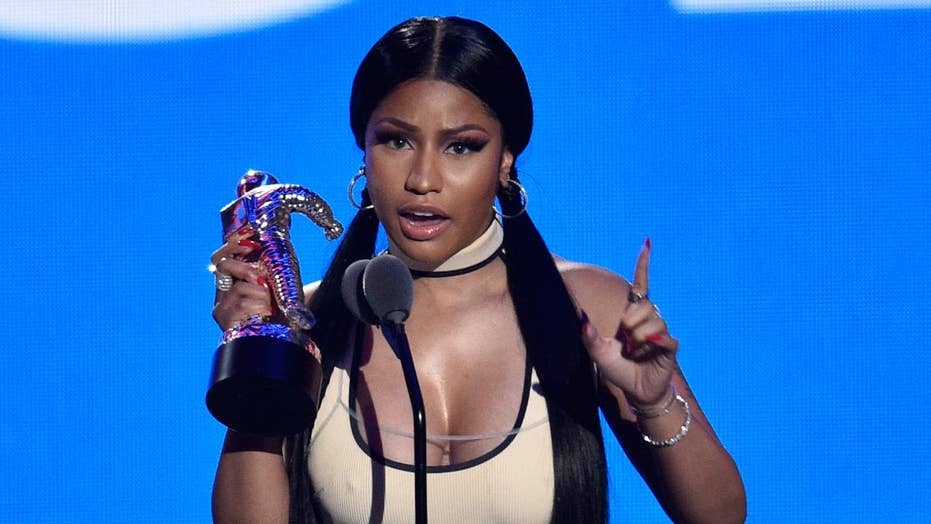 Nicki Minaj slammed for comparing herself to Harriet Tubman

Nicki Minaj was criticized after she compared herself to Harriet Tubman ahead of her appearance at the 2018 MTV Video Music Awards. Fans slammed the rapper for making the comparison to the historic abolitionist who helped free slaves through the Underground Railroad before the Civil War.

Nicki Minaj got candid talking about a past abusive relationship.

“When u see a woman in a toxic relationship, rather than laugh & say mean things, try to offer sound advice from your heart & root for her to learn her worth. We’ve all been there,” she wrote on Twitter on Sunday. “I saw my parents fight & argue non stop & never divorce, so I thought this was normal behavior…”

The 36-year-old, who is engaged to Kenneth Petty, went on to say she was involved in an abusive relationship of her own, recalling, “I rlly [sic] used to think love had to hurt.”

“I remember being so afraid to speak cuz I never knew when that person would be in a particular mood and I could maybe say one wrong thing that would get me hit,” she said. “So the diff you see in me now is that feeling when a woman feels lifted up, safe, appreciated & unconditionally loved.”

She assured her fans the relationship is behind her and encouraged followers to “lift up” others who may be in a similar situation.

Minaj made her romance with Petty, 41, Instagram official last December, and came under fire for the relationship after it was revealed he was a registered sex offender who was convicted for the attempted rape of a 16-year-old girl back in 1995.

She did not allude to her current relationship in her tweets.

Minaj has already changed her Twitter name to Mrs. Petty, fueling rumors that the two have already tied the knot.