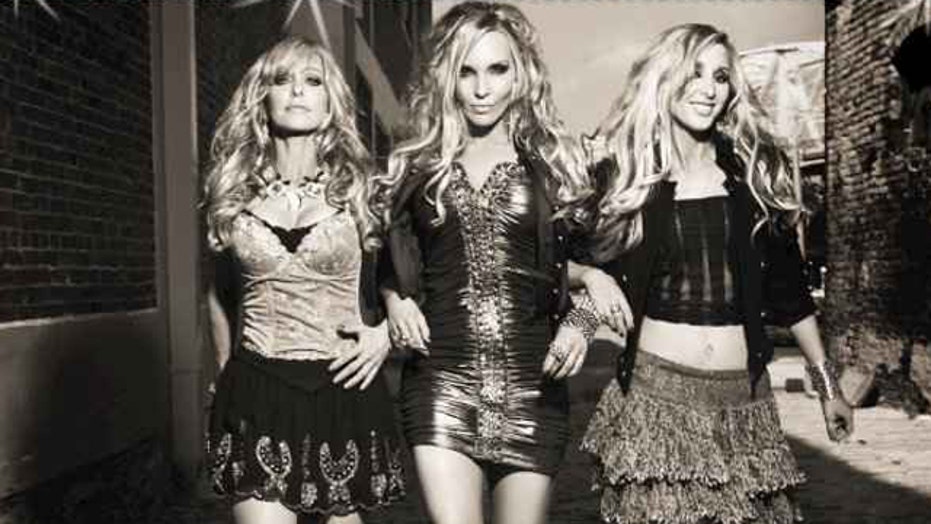 An exclusive look at a new docuseries

What do you get when you add three talented blondes, country music and lots of sass together? Mother-daughter trio Lucy Angel and the perfect recipe for a reality show.

FOX411 spoke to the country music group exclusively about their new docuseries "Discovering Lucy Angel" set to premiere on AXS TV this fall.

Lucy Angel, consisting of mom Kate and her two daughters Lindsay and Emily Anderton, have found success playing country music all over the world on tour, but they're bringing it back home to Nashville with the release of their lead single "Crazy Too" from their upcoming self-titled album.

"We didn't go looking for a reality show but we always thought that we would make good TV because our family is so colorful and random stuff always happens to us!" Lindsay told FOX411. "Now, there's just a camera there to catch it on tape."

"There's going to be a lot of laughs," sister Emily chimed in. "There's no script."

The 13-episode series follows the ups and downs of the Andertson's lives including their crazy family antics and attempt to find a home for their music in Nashville.

"We were just cutting our new record [when we found out the show was picked up]," Lindsay said. "It's crazy how everything's just lining up and we're so excited to be a part of this. It's kind of been a whirlwind, we've never done this kind of thing before."

"It's sort of mind boggling but you find country fans everywhere in the world," Emily said of playing from China to their home state of Arizona.

"Country music really kind of encompasses a lot of different styles," mom Kate chimed in. "I'd say we have some straight down the middle country songs but we all come from a little bit different backgrounds in what we really love and our influences."

When they put those different sounds together, they came up with Lucy Angel's sound, a blend of hook-laden tunes influenced by everyone from Garth Brooks to Patsy Cline and even Michael Jackson.

The trio, who first started as a duo between Kate and Lindsay, knew they had something special when sister Emily joined them.

"When Emily joined us and we heard all three voices and being the studio and writing and doing shows, we thought, 'This is really something special,'" said Lindsay. "We enjoyed it so much and we started getting a fan base and just thought, 'If we're going to do it, we've got to go for it.'"

Fortunately for the Anderton women, it's not just their individual sounds that blend well together; the trio, who spend most of their work and personal time together, say they're thankful they get along.

"We have a really close family and everybody is really passionate," Emily said. "This may sound strange, but I think being in a band together is almost therapy because we're locked together on radio tours and any issues that any of us have, we kind of aired it out because we're forced to being in such close quarters."