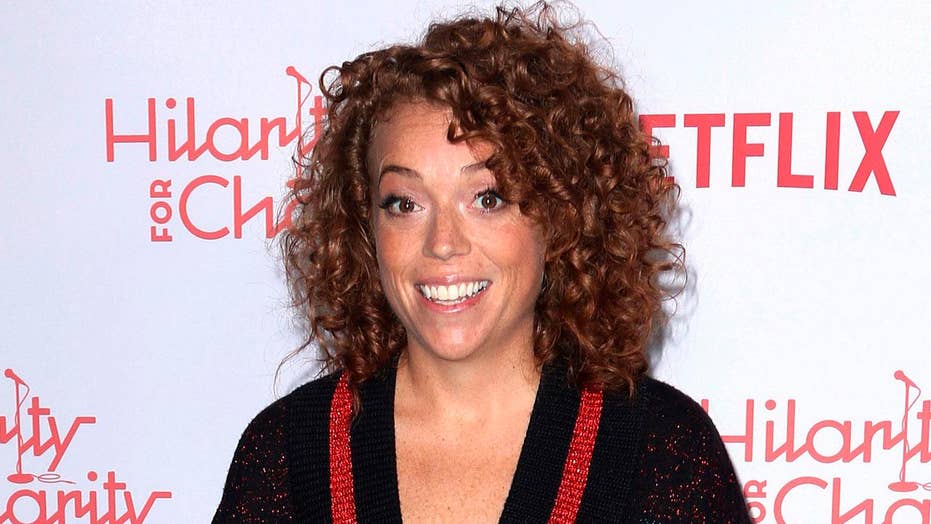 Michelle Wolf is doubling down on insults amid fallout

Comedian Michelle Wolf mocked ABC for its headline-making cancellation of Roseanne Barr's "Roseanne" revival, noting that the network seemingly knew what it was getting into when it revived the series.

Wolf, on her Netflix show “The Break,” chided the network for putting Barr back on TV in the first place.

The comedian showed off Barr's 2009 photo shoot for Heeb, a Jewish culture magazine, in which she dressed as Hitler while appearing to pull out a tray out of the oven with burned person-shaped cookies.

“Everyone’s been saying it’s so brave of ABC to cancel their biggest hit show, but the bold move was actually putting this lady Hitler chef back on the air in the first place,” she said.

Wolf jokingly applauded ABC for taking the show off the air.

“So, kudos to ABC, it takes a lot of courage to fire someone after they’ve been openly racist for the thousandth time,” she said.

Wolf also took aim at what she called the “double standard” that she, Bill Maher and Samantha Bee get away with making vulgar jokes and keep their jobs, while Barr loses her. She then detailed a sarcastic solution.

“How about we enslave all white people for a couple hundred years?” she said. “And even after they’re not slaves anymore, still hold them down in society, devalue their existence by comparing them to animals, never apologize, never really make it right, and then after that there will be no more double standards and everyone will get fired for everything they say.”