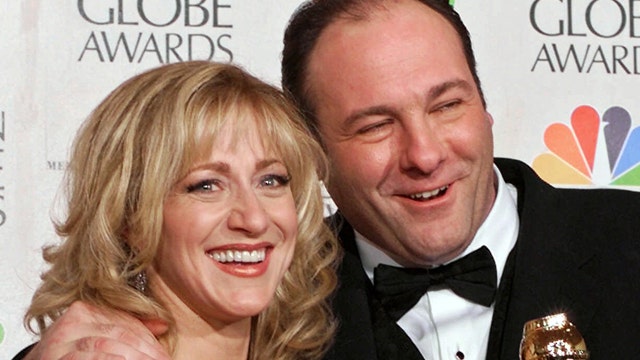 Michael Gandolfini is paying homage to his late father, actor James Gandolfini, in a special way.

The 19-year-old is playing the younger version of the iconic TV character his dad made famous, Tony Soprano, from the HBO series "The Sopranos," in the highly anticipated prequel movie "The Many Saints of Newark."

The film hails from the Emmy award-winning series' creator/writer, David Chase. Lawrence Konner co-wrote the script and the movie is directed by Alan Taylor.

The younger Gandolfini was recently spotted on the movie's set in Bay Bridge, Brooklyn, in a 1960s costume — long hair included.

Michael Gandolfini filming the movie "The Many Saints of Newark" (BAUER-GRIFFIN.COM)

"It’s a profound honor to continue my dad’s legacy while stepping into the shoes of a young Tony Soprano," he's previously said.

“I’m thrilled that I’m going to have the opportunity to work with David Chase and the incredible company of talent he has assembled for 'The Many Saints of Newark,'" he told Deadline.