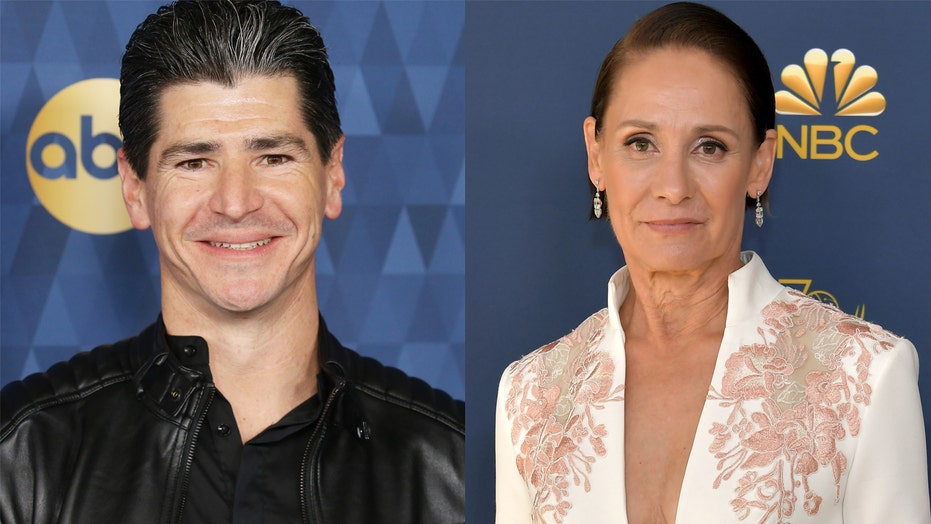 PASADENA – The cast of ABC's "The Conners" has a storied history with politics, and it looks like they have no plans to change that.

The show, which focuses on a conservative-leaning working-class family, is a spin-off of "Roseanne." (The original series was canceled after the show's star, Roseanne Barr, sent a racist tweet about Valerie Jarrett -- a former aide to then-President Barack Obama -- in 2018.)

Now, "The Conners" is set to air a live episode of the show on Tuesday, Feb. 11 -- the night of the New Hampshire primary that kicks off the 2020 political season.

"In our country, voting is such a powerful thing and I don't know that we always spend the time to encourage people to vote," Fishman, 38, recently told Fox News at the ABC portion of the Television Critics Association (TCA) event in Pasadena, Calif. "So my hope is that what we do is we can show what real-life issues kind of revolve around some of the things that are going on in the debates and other things."

Fishman said that in the show, people will see "how a family comes together and maybe disagrees about certain things, but that we all encourage people to vote and we can do something positive and bring some humor."

Also present at the event was Laurie Metcalf, who starred in "Roseanne" and now in "The Conners" as Jackie Harris.

Metcalf, 64, revealed that her Tony Award-winning theater background won't be much help for the special live episode.

"My stage background will not help at all, because even though stage is live, I've rehearsed the hell out of it and I know what I'm doing," the actress said. "So in a live show, it's going to have some wiggle room either the improv or, you know, something's going to not stick to the script. That scares the s--t out of me."

Metcalf also said that she's putting "extra pressure" on herself for the important episode.

At the TCA event, ABC announced that the episode will incorporate real-time election results into the plot, which will follow the Conners as they discuss the right to vote.