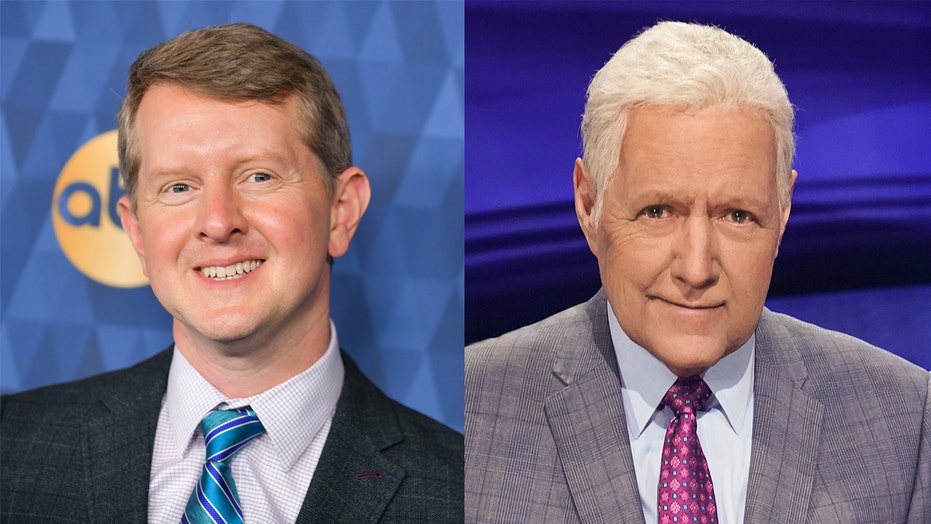 PASADENA – Despite holding the record for most consecutive wins on "Jeopardy!" and being the second-highest-earning champion, it wasn't easy for Ken Jennings to return to the game show for its "Greatest of All Time" tournament.

When Fox News asked how he felt receiving the invitation to return, Jennings, 45, revealed that he didn't jump on the opportunity.

"I said 'no,' honestly. I said, 'I don't know if I want to,'" Jennings said at the ABC portion of the Television Critics Association winter press tour in Pasadena, Calif.

Jennings said he wasn't keen on recording the show around Christmas.

"So, what? I've got to spend the whole holiday worrying about 'Jeopardy? I think I'm too old,'' he remembered thinking. "The more I thought about it, honestly, it was Alex [Trebek] that changed my mind."

Trebek, who has hosted "Jeopardy!" for decades, also has been fighting Stage Four pancreatic cancer and was open about someday ending his hosting gig.

"Just the idea that you've got a chance to be associated with your favorite show one more time, kind of a capstone of Alex's career, you don't want to screw with that," Jennings said.

"Being associated with my favorite show and my favorite host in some small way has just been the greatest honor of my whole life."

"Greatest of All Time" brings Jennings together with Brad Rutter and James Holzhauer, other record-breaking contestants, to compete for a $1 million payday.

"I've been listening to him my whole life," Jennings said of Trebek. "Even now, just hearing that voice, it reminds me of being a kid and running home to watch 'Jeopardy!' when I was 10 years old. It reminds me of standing behind that podium and scrambling to come up with an answer. It's a lot of the cadence of my life, that voice."

He added: "Being associated with my favorite show and my favorite host in some small way has just been the greatest honor of my whole life."

Aside from being an emotional pillar for Jennings, he said Trebek, 79, had a deeper understanding of the game than most people realized.

"He's both referee and play-by-play guy. He's running the whole show," Jennings said. "He's just doing it all old-school off the top of his head and he's been doing it for 30, 40 years and nobody understands the game better than him."

"He'll tell you, he'll be like, 'Oh that small wager might come back to haunt you, kid,'" Jennings recalled. "[He's] rarely wrong."

Of course, there was another reason that drew Jennings to return to the game show.

Jennings, left, said Trebek had a deeper understanding of the game than most people realized. (Getty, File)

"I guess the reason I come back is because I keep losing to Brad Rutter," Jennings joked. "Every time they invite me for a tournament, I'm excited and I make the finals, and I make second. I'm always just chancing that ring. Maybe one of these times my number will come up."

"But, it's also just so much fun," he added. "Once you've got that adrenaline rush to play 'Jeopardy!' against the smartest people, you don't want to turn that down."

"Jeopardy! The Greatest of All Time" airs its next episode Tuesday at 8 p.m. ET on ABC.