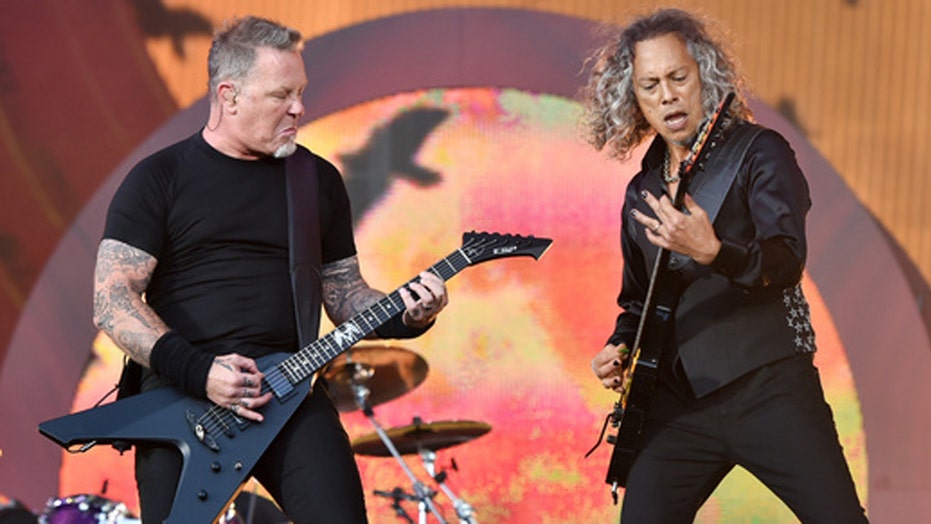 Heavy metal rockers' new album 'Hardwired... to Self-destruct' is the band's sixth consecutive record to debut at No. 1 on the Billboard 200 Chart

Don’t tell this concert-going family that it was raining.

A 10-year-old girl and her parents were attending a Metallica concert at the University of Phoenix stadium in Glendale, Arizona, on Friday night when a 44-year-old man sitting behind them allegedly urinated on them, SFGate.com reported.

The family is unnamed in court documents, which quote the father describing the moment that suspect Daniel Francis Daddio allegedly started to relieve himself. The father recalled how, “all three of his family members felt warm liquid washing over their backs and legs,” according to the court filing.

When the father turned around to locate the source of the deluge, he saw Daddio standing in the row behind their seats, “with his penis out of his pants and in his hands.”

“Daddio was urinating on all three of his family members,” the document stated, according to BuzzFeed.

The mortified father also told authorities he confronted Daddio, but the man “just shrugged” in response.

The parents then tracked down stadium employees and told them of the incident. Two Arizona state troopers arrived to investigate shortly after.

They nabbed Daddio after he was walking back from a concession stand and was identified by two other witnesses.

"Two troopers responded and they contacted the wife and daughter. Minutes later, the two witnesses pointed out a man walking out of stands into concessions area and informed troopers he was the man who urinated on them," Bart Graves, a public information officer for the state troopers, told BuzzFeed News.

Daddio was arrested at 9:30 p.m. He was "heavily intoxicated at the time of his arrest" and denied the incident occurred, according to court documents.

The troopers found his concert ticket on his person and were able to determine that his seat was located directly behind the family.